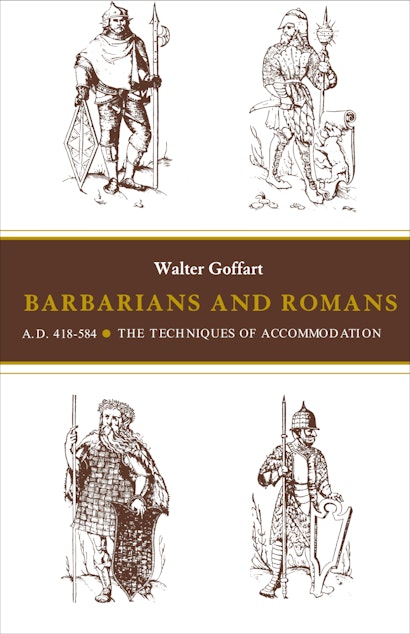 Despite intermittent turbulence and destruction, much of the Roman West came under barbarian control in an orderly fashion. Goths, Burgundians, and other aliens were accommodated within the provinces without disrupting the settled population or overturning the patterns of landownership. Walter Goffart examines these arrangements and shows that they were based on the procedures of Roman taxation, rather than on those of military billeting (the so-called hospitalitas system), as has long been thought. Resident proprietors could be left in undisturbed possession of their lands because the proceeds of taxation,rather than land itself, were awarded to the barbarian troops and their leaders.

"A wholly new interpretation. . . . Professor Goffart argues his case clearly, forcefully, and at length. He has the ancient sources at his fingertips."—E. A. Thompson, Times Literary Supplement