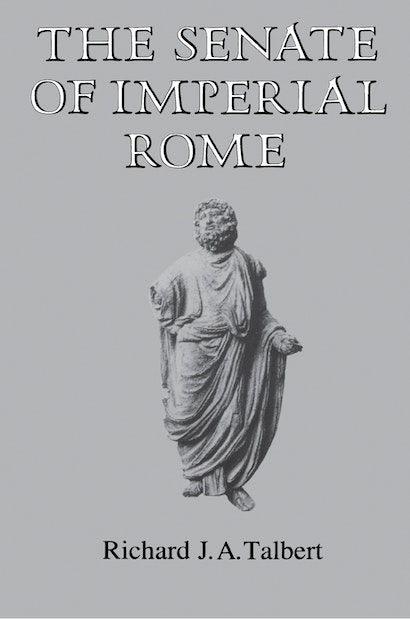 Richard J. A. Talbert examines the composition, procedure, and functions of the Roman senate during the Principate (30 B.C.-A.D. 238). Although it is of central importance to the period, this great council has not previously received such scholarly treatment. Offering a fresh approach to major ancient authors (Pliny and Tacitus in particular), the book also draws on inscriptions and legal writers never before fully exploited for the study of the senate.

"[T]his book is bound to take its place as a standard work of Roman history, and a much-used starting point for further investigations of the nature and evolution of that still mysterious entity, the Roman Empire."—Fergus Millar, Times Literary Supplement