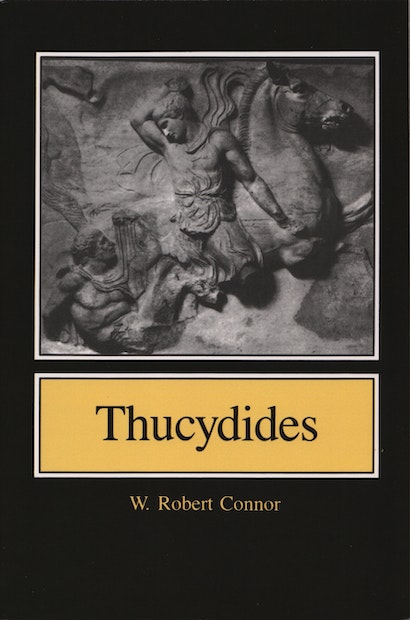 This full-scale sequential reading of Thucydides’ history of the Peloponnesian War will be invaluable to the specialist and also to those in search of an introduction and companion to the Histories. Moving beyond other studies by its focus on the reader’s role in giving meaning to the text, it reveals Thucydides’ use of objectivity not so much as a standard for the proper presentation of his subject matter as a method for communicating with his readers and involving them in the complexity and suffering of the Peloponnesian War. W. Robert Connor shows that as Thucydides’ themes and ideas are reintroduced and developed, the initial reactions of the reader are challenged, subverted, and eventually made to contribute to a deeper understanding of the war.

W. Robert Connor is Professor of Classics and Chairman of the Council of the Humanities at Princeton University.

"W. R. Connor, well known for his work as an historian and as a student of historiography, has now written a sensitive literary critique of Thucydides, arguing forcefully that historians who rely on literary evidence must be attentive to how literary texts work. Combining a sound background in his period with a keen sense of Thucydidean style and method, Connor has constructed a work that will be read with profit by anyone interested in history, historiography, or the Periclean age."—Daniel P. Tompkins, History and Theory