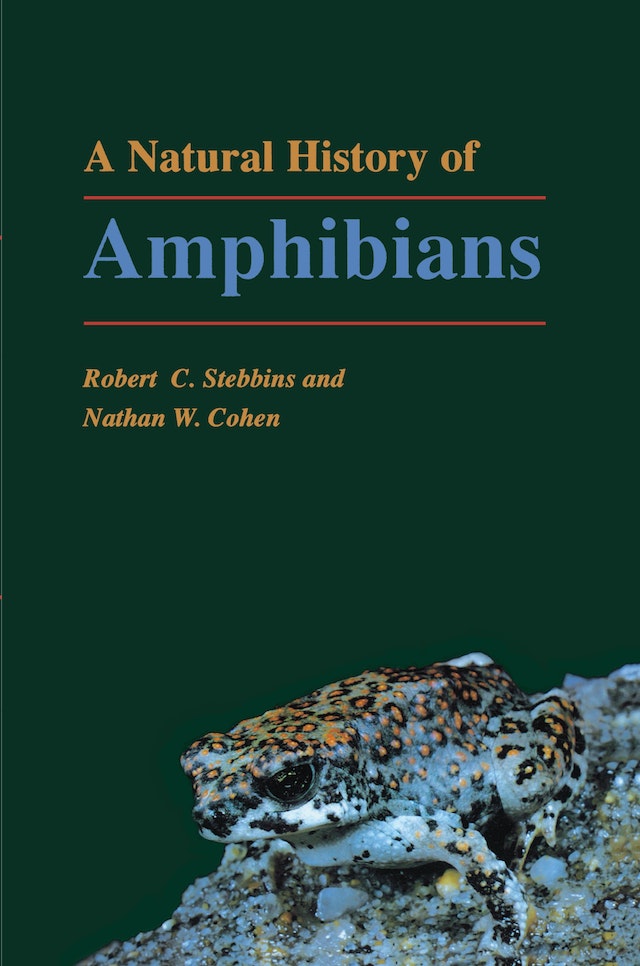 This is a book for all readers who want to learn about amphibians, the animal group that includes frogs, toads, salamanders, and caecilians. It draws on many years of classroom teaching, laboratory experience, and field observation by the authors. Robert Stebbins and Nathan Cohen lead readers on a fascinating odyssey as they explore some of nature’s most interesting creatures, interspersing their own observations throughout the book. A Natural History of Amphibians can serve as a textbook for students and independent learners, as an overview of the field for professional scientists and land managers, and as an engaging introduction for general readers.

The class Amphibia contains more than 4,500 known living species. New species are being discovered so rapidly that the number may grow to more than 5,000 during our lifetimes. However, their numbers are being rapidly decimated around the globe, largely due to the encroachment of humans on amphibian habitats and from growing human-caused environmental pollution, discussed at length in the final chapter. The authors focus our attention on the “natural history” of amphibians worldwide and emphasize their interactions with their environments over time: where they live; how they reproduce; how they have been affected by evolutionary processes; what factors will determine their destinies over time. Through the experienced eyes of the authors, who are skilled observers, we come to see and understand the place of amphibians in the natural world around us.