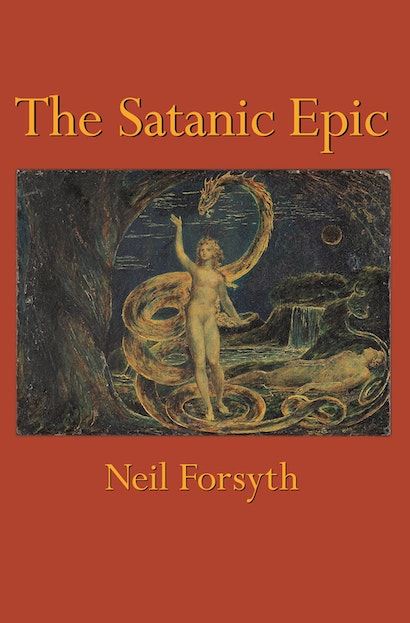 The Satan of Paradise Lost has fascinated generations of readers. This book attempts to explain how and why Milton’s Satan is so seductive. It reasserts the importance of Satan against those who would minimize the poem’s sympathy for the devil and thereby make Milton orthodox.


Neil Forsyth argues that William Blake got it right when he called Milton a true poet because he was “of the Devils party” even though he set out “to justify the ways of God to men.” In seeking to learn why Satan is so alluring, Forsyth ranges over diverse topics — from the origins of evil and the relevance of witchcraft to the status of the poetic narrator, the epic tradition, the nature of love between the sexes, and seventeenth-century astronomy. He considers each of these as Milton introduces them: as Satanic subjects.


Satan emerges as the main challenge to Christian belief. It is Satan who questions and wonders and denounces. He is the great doubter who gives voice to many of the arguments that Christianity has provoked from within and without. And by rooting his Satanic reading of Paradise Lost in Biblical and other sources, Forsyth retrieves not only an attractive and heroic Satan but a Milton whose heretical energies are embodied in a Satanic character with a life of his own.

Neil Forsyth is Professor of English Literature at the University of Lausanne and the author of The Old Enemy: Satan and the Combat Myth (Princeton).

"The Satanic Epic establishes Forsyth as our foremost scholar of Satan as a literary and cultural phenomenon. . . . The Satanic Epic is useful not only as a deft and fascinating reading of the most 'imposing' character in Paradise Lost but as a history of Satanic interpretation from the ancient world onward to Milton's own time. . . . Forsyth's scholarship re-creates and redefines the milieu out of which Milton's works emerged. In the process, it tells a fascinating story. As a result of his work, we are in Forsyth's debt."—Michael Lieb, Milton Quarterly

"The Satanic Epic is a splendid book that seeks to recover what Forsyth calls 'the subversive Satan.' This instantly sets him in opposition to mainstream Milton criticism. By rooting the Satanic reading of Milton more firmly in Biblical and other sources, he poses a challenge to those who evoke scholarship in defence of Milton's orthodoxy."—John Leonard, author of Naming in Paradise

"Forsyth's treatment of Paradise Lost is probing and illuminating. It is a true scholar's feast, a most impressive and compelling work. It is particularly engaging because of its willingness to give the devil his due and to argue for Satan's importance not only in Milton's epic but in the culture that Milton inherited."—Michael Lieb, author of Milton and the Culture of Violence