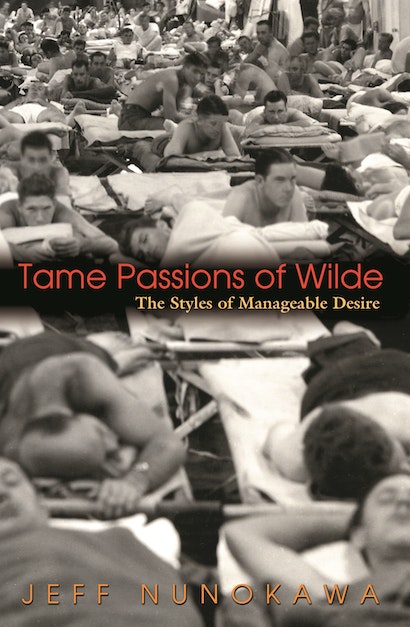 What if our strongest urges could be divested of their power to compel yet retain their power to fascinate us? What if our most basic appetites could be translated from the realm of bodily necessity to the sphere of artistic freedom? Jeff Nunokawa traces the variety of social pressures that inspired Oscar Wilde’s lifelong effort to concoct forms of desire that thrill without menacing us, as well as the alchemies by which he sought to do so.


Assigning Wilde a place of honor in a heady company of thinkers drawn from the ranks of philosophy, sociology, economics, psychoanalysis, and contemporary queer theory — Kant, Marx, Simmel, Weber, Freud, Hannah Arendt, Albert O. Hirschman, Erving Goffman, Judith Butler, Eve Sedgwick, and, of course, Michel Foucault — this is the first book to recognize Wilde not only as a blatant symptom of a familiar understanding of modern sexuality, but also as a grand theorist of the subject in his own right. The result is a wholly original portrait of the artist as a social critic who, in the midst of his humor, labored to illuminate and amend the book of love.

Jeff Nunokawa is Associate Professor of English at Princeton University and the author of The Afterlife of Property: Domestic Security and the Victorian Novel (Princeton). 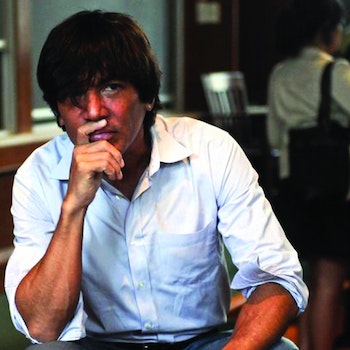 "Tame Passions presents a re-visioning of Wilde's work as a sustained meditation on will and desire. In the process, it also offers an enticing proposal for a revised model of modernity that extends from the late-Victorian era to the present day."—Dennis Denisoff, Victorian Studies

"At the heart of this wonderful meditation on Wilde is an historical thesis: In modernity, Nunokawa says, desire is different from what it was in ancient times. It is more expansive now, more penetrating, more ramifying than anything the ancients knew or could have known. Modern desire—our desire—is the accompaniment, maybe the reflex, of a market economy. For Nunokawa, Wilde is a prophet of this modern desire, a diagnostician of it, a utopist critic of it, a confused and hapless believer in it. While Nunokawa reflects on Wilde—and on desire and modernity—he also casts a fresh and powerful light on a range of other topics: on the Victorian fascination with Japan, on Victorian Hellenism, on Kantian aesthetics, on the sociological tradition that runs from Simmel to Goffman, onto Marx, Freud, and Foucault. His book is as capacious as it is also brilliant."—Henry Abelove, Wesleyan University

"This is an original and important study. Tracing the artful ways in which Wilde seeks to tame the forces of compulsion and desire, Nunokawa brilliantly reinterprets the antinomies of Wilde's thought within the context of some of the most influential theories of modernity, sociality, and desire."—Amanda Anderson, Johns Hopkins University

"This is an intellectually dazzling and exhilarating work that induces a new kind of iridescence in a figure we thought we already knew. It is one of the most original and stimulating books of literary criticism that I've read in awhile and the most interesting book on Wilde that I've ever read."—Richard Halpern, University of California, Berkeley

"To anyone who's read Nunokawa, it will be no surprise that this is full of wonderfully distinctive, keen, and provocative reading both of Wilde and of our ways of making sense of Wilde. In his account of a Wilde who yearns at once to subvert and to belong to the world he scandalized, Nunokawa approaches as few critics can the example of the master, not only in iconoclastic brilliance, but in prose that understands the power of style."—James Eli Adams, Cornell University