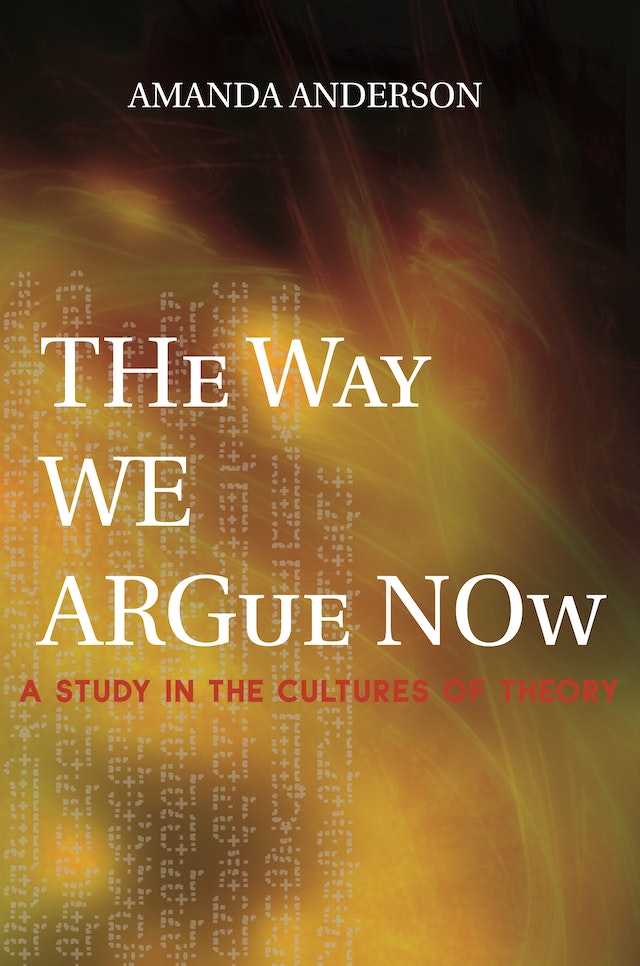 How do the ways we argue represent a practical philosophy or a way of life? Are concepts of character and ethos pertinent to our understanding of academic debate? In this book, Amanda Anderson analyzes arguments in literary, cultural, and political theory, with special attention to the ways in which theorists understand ideals of critical distance, forms of subjective experience, and the determinants of belief and practice. Drawing on the resources of the liberal and rationalist tradition, Anderson interrogates the limits of identity politics and poststructuralism while holding to the importance of theory as a form of life.


Ultimately, The Way We Argue Now promotes a revitalized culture of argument through a richer understanding of the ways critical reason is practiced at the individual, collective, and institutional levels. Bringing to the fore the complexities of academic debate while shifting the terms by which we assess the continued influence of theory, it will appeal to readers interested in political theory, literary studies, cultural studies, gender studies, and the place of academic culture in society and politics.

Amanda Anderson is the Caroline Donovan Professor of English Literature and Department Chair at Johns Hopkins University. Her books include The Powers of Distance: Cosmopolitanism and the Cultivation of Detachment (Princeton) and Tainted Souls and Painted Faces: The Rhetoric of Fallenness in Victorian Culture.

"How do we argue now? Vigorously and with vim, if Amanda Anderson's new book is any indication. Anderson worries that the poststructuralist critique of reason, together with identity politics' sociological reductionism, threatens to undermine our capacity to argue, but she puts the lie to her own concern in this well-argued book. And she gives her readers much to argue with. We should all rise to her challenge and respond to this book in ways that participate in, extend, and (dare I say it?) trouble the culture of argument that Anderson here seeks to promote and surely exemplifies."—Bonnie Honig, Professor of Political Science, Northwestern University and senior research fellow, American Bar Foundation

"An intellectual achievement of the first rank and the work of a powerful and independent mind. We are invited to rethink the premises of contemporary theory in a manner that is invigorating and eye-opening. Anderson's own incisive contribution to the culture of argument will surely change the way many people think."—Rita Felski, University of Virginia, author of Literature after Feminism

"This book addresses a broad range of controverted subjects with great tact, generosity, and persuasive force. Its readers, whatever their theoretical allegiance, will have to acknowledge this accomplishment. It is rare to read so intelligent and thought-provoking a book as this."—John Guillory, New York University, author of Cultural Capital: The Problem of Literary Canon Formation