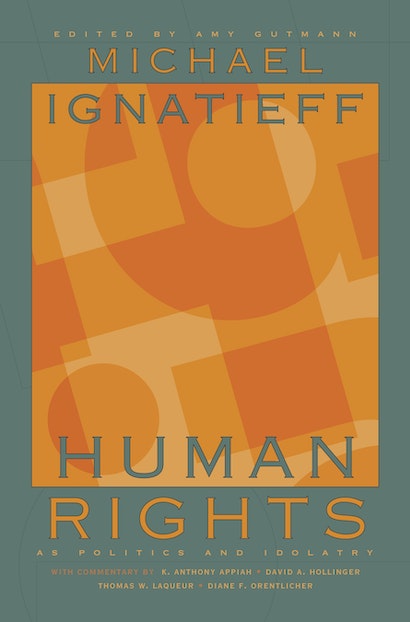 Michael Ignatieff draws on his extensive experience as a writer and commentator on world affairs to present a penetrating account of the successes, failures, and prospects of the human rights revolution. Since the United Nations adopted the Universal Declaration of Human Rights in 1948, this revolution has brought the world moral progress and broken the nation-state’s monopoly on the conduct of international affairs. But it has also faced challenges. Ignatieff argues that human rights activists have rightly drawn criticism from Asia, the Islamic world, and within the West itself for being overambitious and unwilling to accept limits. It is now time, he writes, for activists to embrace a more modest agenda and to reestablish the balance between the rights of states and the rights of citizens.


Ignatieff begins by examining the politics of human rights, assessing when it is appropriate to use the fact of human rights abuse to justify intervention in other countries. He then explores the ideas that underpin human rights, warning that human rights must not become an idolatry. In the spirit of Isaiah Berlin, he argues that human rights can command universal assent only if they are designed to protect and enhance the capacity of individuals to lead the lives they wish. By embracing this approach and recognizing that state sovereignty is the best guarantee against chaos, Ignatieff concludes, Western nations will have a better chance of extending the real progress of the past fifty years. Throughout, Ignatieff balances idealism with a sure sense of practical reality earned from his years of travel in zones of war and political turmoil around the globe.


Based on the Tanner Lectures that Ignatieff delivered at Princeton University’s Center for Human Values in 2000, the book includes two chapters by Ignatieff, an introduction by Amy Gutmann, comments by four leading scholars — K. Anthony Appiah, David A. Hollinger, Thomas W. Laqueur, and Diane F. Orentlicher — and a response by Ignatieff.

"Michael Ignatieff is one of the few people who give political theory a good name. He writes about interesting things in an interesting way, without using jargon and without any attempt to engage in covert practical politics. His essays on human rights display all of these virtues . . . and should be read immediately by anyone who has more than a passing interest in the political landscape of the twenty-first century."—Oliver Letwin, Times Literary Supplement

"Bracing. . . . If anyone is superbly equipped to scrutinize the hybrid of theory and practical exigency at the heart of human-rights thinking, it's this unique, independent veteran of the world's war zones. . . . [This is] the shrewdest, subtlest, most realistic assessment of the logic of human rights in years."—Carlin Romano, Philadelphia Inquirer

"One of the most pleasing aspects of Michael Ignatieff's frequent contributions to the human rights debate is the clarity with which he writes about a subject beset as never before by uncertainty and disagreement. Not least of the achievements of Human Rights as Politics and Idolatry . . . is the simplicity and common sense Ignatieff introduces. And at a time when it has become fashionable to deride the gains made by the human rights movement over the years, his cautious optimism is refreshing."—Caroline Moorehead, The Spectator

"This elegant book is a spirited attempt to put flesh on the bones of . . . politics and reunite theoretical questing with real-world situations."—Alex Clark, The Sunday Times

"[A] cogent analysis of the crusade for human rights. . . . The author gives a sympathetic analysis of its problems. . . . His views ring true, and he writes lucidly."—Kirkus Reviews

"A philosophical liberal and a strong believer in the power of constitutions, Ignatieff boldly confronts difficult issues. . . . [He] illuminates complexities likely to make headlines as the call for intervention regarding worldwide human rights continues to grow. This book will undoubtedly provoke controversy within the human rights community."—Publishers Weekly

"Carefully crafted, simple and direct prose working in the service of insightful analysis and passionate yet restrained advocacy . . . presented in a style that will both engage specialists and attract intelligent general readers—by a committed liberal humanist (and sympathetic critic) on the difficulties of the contemporary struggle for human rights. It is a 'must read' for anyone seriously interested in, or desiring a thoughtful general overview of, the struggle for universal human rights in contemporary international society."—Jack Donnelly, International Affairs

"These essays make a splendid book. Ignatieff's lectures are engaging and vigorous; they also combine some rather striking ideas with savvy perceptions about actual domestic and international politics. They spark lively and distinctive discussion among the distinguished respondents. Ignatieff's response to them is also vibrant. Ignatieff presents a sharp and vital argument for human rights that can be reconciled with state sovereignty, that can defend against charges of imperialism without caving in to the moral relativism bandwagon, and that can navigate reciprocal respect between people and between nations."—Martha Minow, Harvard University

"These essays are superb: elegant and thought-provoking. The literature on human rights is growing, both on the practical side and the theoretical. But this book combines both, with Ignatieff's nuanced grasp of real-world politics meshing with his impressive knowledge of political theory. There is no one I can think of who combines the two so well. The scholarship is first-rate, the writing is splendid, and the commentaries are excellent."—Gary Bass, author of Stay the Hand of Vengeance: The Politics of War Crimes Tribunals