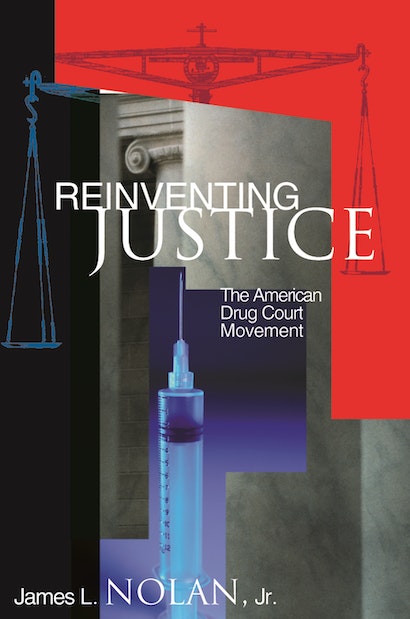 Drug courts offer radically new ways to deal with the legal and social problems presented by repeat drug offenders, often dismissing criminal charges as an incentive for participation in therapeutic programs. Since the first drug court opened in 1989 in Florida, close to 600 have been established throughout the United States. Although some observers have questioned their efficacy, no one until now has constructed an overall picture of the drug court phenomenon and its place in an American history of the social control of drugs. Here James Nolan examines not only how therapeutic strategies deviate from traditional judiciary proceedings, but also how these differences reflect changes afoot in American culture and conceptions of justice.

Nolan draws upon extensive fieldwork to analyze a new type of courtroom drama in which the judge engages directly and regularly with the defendant-turned-client, lawyers play a reduced and less adversarial role, and treatment providers exert unprecedented influence in determining judicially imposed sanctions. The author considers the intended as well as unexpected consequences of therapeutic jurisprudence: for example, behavior undergoes a pathological reinterpretation, guilt is discredited, and the client’s life story and ability to convince the judge of his or her willingness to change take on a new importance. Nolan finds that, fueled in part by the strength of therapeutic sensibilities in American culture, the drug court movement continues to expand and advances with it new understandings of the meaning and practice of justice.

James L. Nolan, Jr., is Assiociate Professor of Sociology at Williams College. He is the author of The Therapeutic State: Justifying Government at Century's End and the editor of Drug Courts: Theory and Practice. 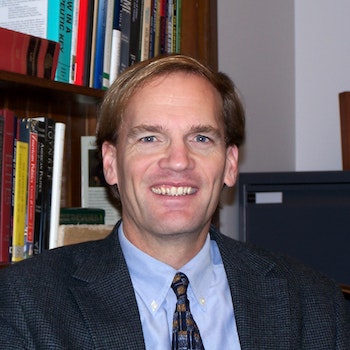 "Beautifully written. . . . Those involved with drug courts in any capacity and all those concerned with criminal law, the philosophy of punishment, or changing conceptions of justice in contemporary America will welcome this book."—Harvard Law Review

"[In this] first full-length study of drug courts. . . . Nolan recounts an engaging story and provides a penetrating analysis contrasting the styles of therapeutic and conventional notions of justice. . . . Sociologists, political scientists, and criminologists interested in treatment, 'alternative' programming, and the judicial process should read this fine study."—Choice

"An excellent book. It is a traditional ethnography in the best sense of the term. . . . Well-organized, cleverly situated in the relevant legal, historical, and sociological literatures, and written with appealing clarity."—John M. Conley, American Journal of Sociology

"Reinventing Justice establishes a benchmark for work that will inevitably follow. . . .The author's objectivity distinguishes this book from the promotional and the evaluative literature on drug court. Nolan's account of the evaluation literature is one of the best that I have read."—Drew Humphries, Contemporary Sociology

"Nolan's book is a detailed and well-written account of drug courts and his method is well suited for the story he tells. . . . [He] makes valuable contributions to our understanding of how the therapeutic ideal . . . is actually put into practice."—Jason Schnittker, Social Forces

"[Nolan] convincingly situates drug courts as a social movement and illustrates their success as such. This is an important book for scholars of the drug court movement. It forces us to consider the broader cultural meanings and implications for facilitating therapy through courtroom machinery. It critically juxtaposes the underlying assumptions of therapeutic jurisprudence against conventional frames of justice and raises important questions about the implications."—Corey J. Colyer, International Criminal Justice Review

"Reinventing Justice is an indispensable book for anyone studying the drug treatment court movement. It should be required reading for lawyers, judges, treatment professionals, and others practicing in treatment courts throughout the United States. Nolan's impressive work contains fascinating ethnographic observations, which are made even more significant because they are presented to the reader alongside his skillful discussion of the historical roots, socio-political context, and likely impact of the treatment court movement on the criminal justice system of the future. From the first page to the last, this book is beautifully written, engaging, and informative."—Richard C. Boldt, University of Maryland School of Law

"In this fine book, James Nolan extends his earlier work on the growing role of therapeutic ideas in contemporary culture. Here, he examines the cultural dominance of the therapeutic idiom in current efforts to deal with the problem of drugs. Based on extensive observations of drug courts and interviews with people involved in them, he shows why these courts have become popular across the country, how they function, and what they tell us about our changing understandings of justice."—Robert Wuthnow, Princeton University

"An important, well-written work that pays sustained ethnographic attention to the newly emerging therapeutic drug court. James Nolan reports that a new concept of justice is on the rise: a kind of justice in therapeutic pursuit of the appearance of changing hearts, requiring confessions far beyond the realm of factual evidence, while delving into an inquisitorial morass of motive and self-accountability. This book adds to a still small literature that provides rigorous, empirical accounts of the therapeutic age. It is a significant statement about how remarkably influential this age has become."—Jonathan B. Imber, Wellesley College

"Rarely has there been an attempt to move beyond pragmatic/evaluative questions to consider the place of drug courts within criminal justice generally, or explore the theoretical underpinnings of their operation. This book by James Nolan is both welcome and timely. It will become a standard text for all readers interested in drug courts."—Philip Bean, Loughborough University