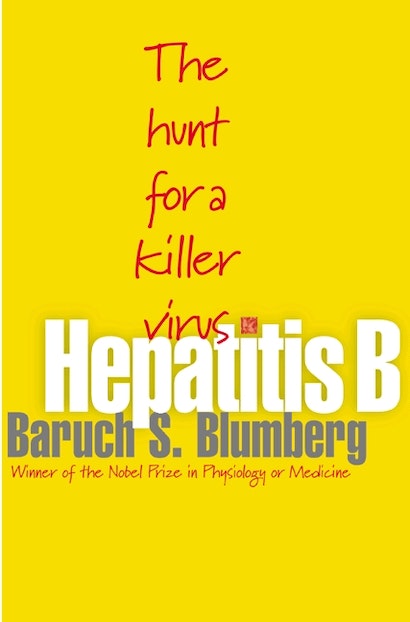 About 375 million people are infected with the hepatitis B virus. It has killed more people than AIDS and also causes millions of cases of liver cancer. The discovery of this deadly virus and the vaccine against it — a vaccine that is sharply decreasing the infection rate worldwide and is probably the first effective cancer vaccine — was one of the great triumphs of twentieth-century medicine. And it almost didn’t happen.


With wit and insight, this scientific memoir and story of discovery describes how Baruch Blumberg and a team of researchers found a virus they were not looking for and created a vaccine for a disease they previously knew little about — work that took the author around the world and won him the Nobel Prize.


Blumberg and his collaborators were investigating relationships between gene distribution and disease susceptibility, research that was yielding interesting data but no real breakthroughs. Many viewed their work as more field trip than science. But, through decades of hard work and investigative twists and turns, their pursuit led to the hepatitis B antigen, the elusive virus itself, and, ultimately, the vaccine. As he takes the reader through the detective work that culminated in his incredible discovery, the author recounts with immediacy exciting moments in the lab and in the field — from a hair-raising flight to Africa to an unpleasant encounter with Alaskan sled dogs.


The hepatitis B story is more than a fascinating chronicle of a major discovery. What Blumberg followed to the virus was a trail of remarkable “accidents” that happen when scientists seek answers to interesting questions. Those events, combined with the investigator’s determined persistence, resulted in studies that generated a pharmaceutical industry, have far-flung public-health applications, and saved millions of lives.

Baruch S. Blumberg holds an M.D. from Columbia University and a Ph.D. in Biochemistry from Oxford University, where he has served as the Master of Balliol College. The editor of three books and the author of more than 400 scientific papers, he is Distinguished Senior Scientist at the Fox Chase Cancer Center and the Director of the NASA Astrobiology Institute. He was awarded the 1976 Nobel Prize in Physiology or Medicine for the work described in this book. 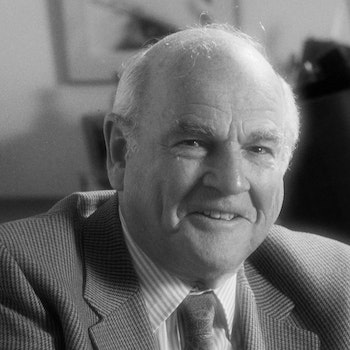 "Nothing seems quite so dramatic as the unexpected eureka moment, when, escoreted by the gods of good fortune, scientists somehow stumble upon answers to questions they never knew to ask. This is the story that Baruch S. Blumberg tells in Hepatitis B: The Hunt for a Killer Virus. Blumberg, a U.S. geneticist and biochemist, won the Nobel Prize in 1976 after finding a virus he was never looking for. . . . Blumberg does a fine job at connecting this medical advance to the lives of real people."—Carolyn Abraham, Toronto Globe and Mail

"The discovery by Baruch Blumberg of the Australia antigen, a specific viral marker of the hepatitis B virus, was one of the most important advances in medical knowledge during the past 50 years and had huge implications for preventive medicine. This inspiring book is an intensely personal and interesting account of the work of Blumberg and his close associates who . . . devised the first generation vaccine for [the] infection. . . . [This book] is essential reading for all aspiring scientists. . . . And it should be read by the thousands of people who work on the control and eradication of the hepatitis B virus. . . . It is a gem."—Arie J. Zuckerman, Nature

"Blumberg tells the [Hepatitis B] story in a lively manner, with touches of humor. The Nobel-Prize winning author has written for both scientists and nonscientists [and he] beautifully illustrates the forward, sideways, and backward steps involved in the scientific method."—William Beatty, Booklist

"Blumberg takes the reader on a fascinating journey through the convoluted circumstances that led to the discovery of hepatitis B and the vaccine against it. Blumberg's modest style and vast knowledge combine to make this a thoroughly intriguing look at the scientific research process."—Library Journal

"This book shows that it is not the orderly, directed research program that leads to the Nobel, but rather the workings of the orderly, observant mind. . . . If poetry is a free-ranging , idealized representation of an idea, than this is poetry . . . and poetry should be read regularly for relaxation, for inspiration, and for ideas."—Paul J. Schmidt, New England Journal of Medicine

"Readers will find much to enjoy and absorb in Blumberg's fascinating personal story."—Robin A. Weiss, Science

"Blumberg chronicles with uncanny humor his research team's accidental discovery of HBV, their daily laboratory routines and methodology of research experimentation of HBV, and the eventual development of medicine's first viable cancer vaccine."—Choice

"This book is highly informative and entertaining. It offers a clear account of how basic scientific research is conducted and of the excitement of scientific discovery."—Science Books and Films

"The hepatitis B story is more than a fascinating chronicle of a major discovery. . . . The discovery of this deadly virus and the vaccine against it—a vaccine sharply decreasing the infection rate worldwide and probably the first effective cancer vaccine—was one of the great triumphs of 20th century medicine."—Biology Digest

"In this unapologetically personal memoir, the author tells the story of hepatitis B from his own perspective. . . . [T]he book becomes a distinctive part of hepatitis B history, and it will be an invaluable resource for medical historians in the future."—Bud C. Tennant, Nature Medicine

"Blumberg comes across as self-deprecating and erudite in his book, which is filled with allusions as varied as Robert Frost, Dante and Michael Crichton. . . . As his book shows, Blumberg is not merely brilliant. He is wise."—Marie McCullough, The Philadelphia Inquirer

"Hepatitis B is one of the world's most common viruses—and one of the top ten killers. Unlike much else in our often gloom-filled world, it looks likely that HBV will be effectively controlled, and possibly eradicated, within the next decade. If so, Baruch Blumberg will deserve a large share of the credit. But this book is much more than a scientific success story. It vividly conveys the existential adventure of science: the surprises, disappointments, exhilaration, and dull routines whose results serve us all so well."—Robert M. May, President of the Royal Society

"A thoroughly engaging history of one of the most important medical discoveries of the century, recounted with keen insight, lively wit, and remarkable humility. Rarely is one afforded such an opportunity to learn firsthand from a world-class scientist how new paradigms in biology result from relentless questioning and intellectual passion."—Jerome Groopman, Professor of Medicine, Harvard Medical School, author of The Measure of our Days

"A pioneer in the field, Blumberg has a unique insight and perspective. He clearly presents a superb account of the story of hepatitis B virus discovery and argues, interestingly, how such a discovery can mirror the general process by which scientific ideas evolve, including the contributions of chance, good fortune, intelligence, and hard work."—Tonse N. Raju, Professor of Pediatrics, University of Illinois at Chicago, author of The Nobel Chronicles

"Baruch Blumberg, Nobel-prize winner for his discovery of the hepatitis B virus, has never before woven all the strands of the story into a full tapestry. What makes the story doubly fascinating is the world-wide public health importance of hepatitis B, as much of a killer as AIDS. Blumberg is an eloquent writer giving a fascinating account. General readers and experts alike will find this an enjoyable book, not least for the vivid touches that feel first-hand."—Jenny Stanton, History Group, London School of Hygiene and Tropical Medicine