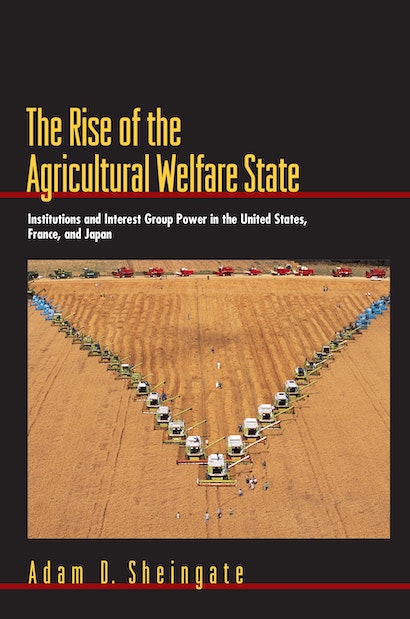 A long-dominant reading of American politics holds that public policy in the United States is easily captured by special interest groups. Countering this view, Adam Sheingate traces the development of government intervention in agriculture from its nineteenth-century origins to contemporary struggles over farm subsidies. His considered conclusion is that American institutions have not given agricultural interest groups any particular advantages in the policy process, in part because opposing lobbies also enjoy access to policymakers. In fact, the high degree of conflict and pluralism maintained by American institutions made possible substantial retrenchment of the agricultural welfare state during the 1980s and 1990s. In Japan and France — two countries with markedly different institutional characters than the United States — powerful agricultural interests and a historically close relationship between farmers, bureaucrats, and politicians continue to preclude a roll-back of farm subsidies.

This well-crafted study not only puts a new spin on agricultural policy, but also makes a strong case for the broader claim that the relatively decentralized American political system is actually less prone to capture and rule by subgovernments than the more centralized political systems found in France and Japan. Sheingate’s historical, comparative approach also demonstrates, in a widely useful way, how past institutional developments shape current policies and options.

"A good read on the origin, evolution, and contemporary politics of agricultural-support policies in the United States, France and Japan."—Foreign Affairs

"A splendid comparative study of agricultural policy processes in the US, France, and Japan."—Choice

"This historical and comparative analysis is well executed. . . . The book makes a contribution by virtue of its historical sweep and the quality of research. . . . A helpful addition to the growing body of historical institutionalist literature that demonstrates the influence of macro- and sectoral-level institutions on policymaking."—Grace Skogstad, American Political Science Review

"This is a splendid book with many admirable qualities. It makes a provocative but convincing argument that cuts against the conventional wisdom on the capacity of American institutions to withdraw established benefits. It makes an important contribution to the supremely important theoretical debate on when or whether institutions make a difference. Finally, the book displays admirable scholarship. Sheingate clearly understands the details of complicated policies during an extended period in three different countries; this is itself a major achievement."—Graham K. Wilson, author of Only in America? American Politics in Comparative Perspective