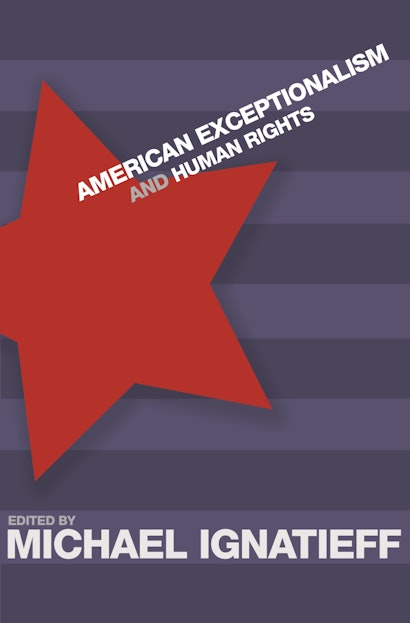 With the 2003 invasion and subsequent occupation of Iraq, the most controversial question in world politics fast became whether the United States stands within the order of international law or outside it. Does America still play by the rules it helped create? American Exceptionalism and Human Rights addresses this question as it applies to U.S. behavior in relation to international human rights. With essays by eleven leading experts in such fields as international relations and international law, it seeks to show and explain how America’s approach to human rights differs from that of most other Western nations.


In his introduction, Michael Ignatieff identifies three main types of exceptionalism: exemptionalism (supporting treaties as long as Americans are exempt from them); double standards (criticizing “others for not heeding the findings of international human rights bodies, but ignoring what these bodies say of the United States); and legal isolationism (the tendency of American judges to ignore other jurisdictions). The contributors use Ignatieff’s essay as a jumping-off point to discuss specific types of exceptionalism — America’s approach to capital punishment and to free speech, for example — or to explore the social, cultural, and institutional roots of exceptionalism.


These essays — most of which appear in print here for the first time, and all of which have been revised or updated since being presented in a year-long lecture series on American exceptionalism at Harvard University’s John F. Kennedy School of Government — are by Stanley Hoffmann, Paul Kahn, Harold Koh, Frank Michelman, Andrew Moravcsik, John Ruggie, Frederick Schauer, Anne-Marie Slaughter, Carol Steiker, and Cass Sunstein.

Michael Ignatieff is Carr Professor of Human Rights Practice and Director of the Carr Center for Human Rights Policy at the John F. Kennedy School of Government, Harvard University. His numerous books include Human Rights as Politics and Idolatry (Princeton) and The Lesser Evil: Political Ethics in an Age of Terror.

"This collection on American exceptionalism seeks to explain the seeming paradox of US governmental support for, and aversion to, global human rights. . . . This study is an important contribution to the scholarship of international humanitarian law and US foreign policy."—Choice

"Beyond providing a highly valuable and innovative study of American exceptionalism, this book makes an original contribution to scholarship and may start a long overdue conversation with conservatives about the origins of their grievances with international human rights standards."—Michael J. Boyle, International Affairs

"This is an extremely interesting and well-written collection of essays on a very timely topic. Moreover, the contributors are some of the leading figures in the fields of international relations and international law. The book will certainly be read by scholars and practitioners and used as a supplemental text in courses, and it will appeal more broadly to people in America and abroad who are curious about the U.S. resistance to international treaties, international institutions, and foreign law."—Sean D. Murphy, George Washington University, author of United States Practice in International Law, Volume 1: 1999-2001 and Humanitarian Intervention: The United Nations in an Evolving World Order

"This book was a genuine pleasure to read. Its individual chapters, which are consistently scholarly yet accessible, range in quality from very good to superb, with a high proportion on the top end of the range. And the volume as a whole is much more than the sum of these excellent parts. It can be read with profit not just by scholars and students but also by interested general readers."—Jack Donnelly, University of Denver, author of Universal Human Rights in Theory and Practice