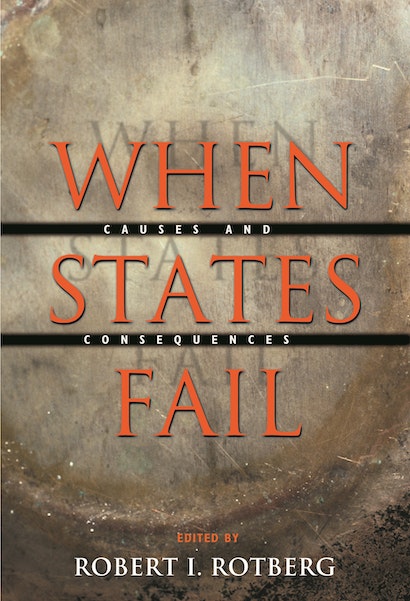 Since 1990, more than 10 million people have been killed in the civil wars of failed states, and hundreds of millions more have been deprived of fundamental rights. The threat of terrorism has only heightened the problem posed by failed states. When States Fail is the first book to examine how and why states decay and what, if anything, can be done to prevent them from collapsing. It defines and categorizes strong, weak, failing, and collapsed nation-states according to political, social, and economic criteria. And it offers a comprehensive recipe for their reconstruction.


The book comprises fourteen essays by leading scholars and practitioners who help structure this disparate field of research, provide useful empirical descriptions, and offer policy recommendations. Robert Rotberg’s substantial opening chapter sets out a theory and taxonomy of state failure. It is followed by two sets of chapters, the first on the nature and correlates of failure, the second on methods of preventing state failure and reconstructing those states that do fail. Economic jump-starting, legal refurbishing, elections, the demobilizing of ex-combatants, and civil society are among the many topics discussed.

Robert I. Rotberg is Director of the Kennedy School of Government's Program on Intrastate Conflict and President of the World Peace Foundation. He is the author of Ending Autocracy, Enabling Democracy: The Tribulations of Southern Africa and other books, and the editor of State Failure and State Weakness in a Time of Terror, Truth v. Justice: The Morality of Truth Commissions (Princeton), and others.

"Rotberg has collected a cadre of renowned scholars who flesh out the political, economic, and social reasons for state failure and provide prescriptions for both prevention and postfailure resuscitation."—Cameron M. Otopalik, Perspectives on Political Science

"A fine collection of papers on state failure and rebuilding. There is not a weak contribution in the lot. There is much in this book to enrich the debate on the topic and its various aspects."—I. William Zartman, Johns Hopkins University, author of Ripe for Resolution and editor of Collapsed States

"The contributions to this volume are well-written studies that meet quite demanding criteria of scholarship. They provide coherent analysis on the causes and indicators of state failure as well as the repair of failing or failed states."—Raimo Väyrynen, University of Notre Dame and University of Helsinki