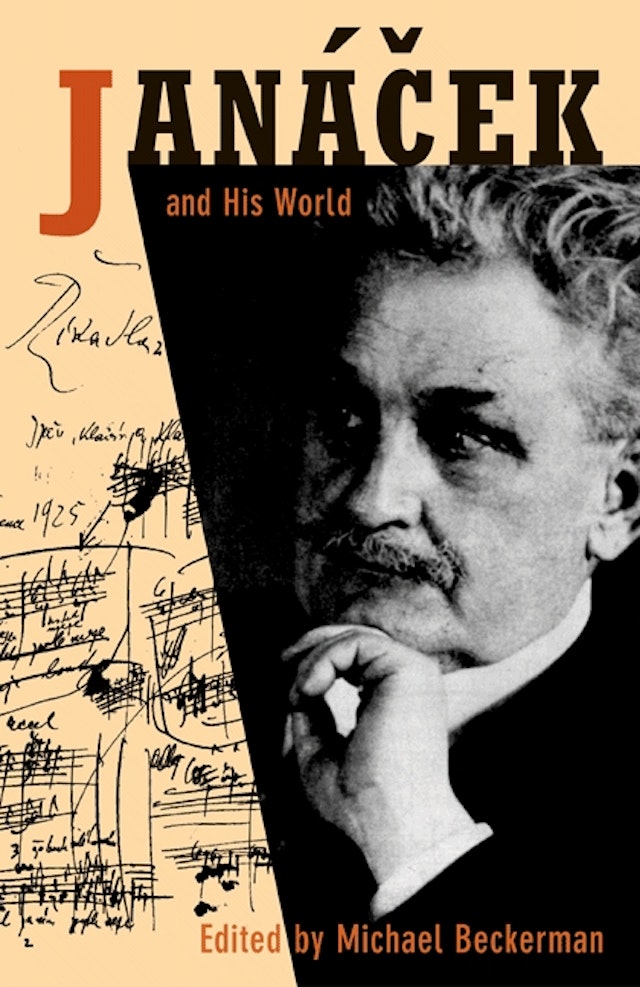 Once thought to be a provincial composer of only passing interest to eccentrics, Leos Janácek (1854-1928) is now widely acknowledged as one of the most powerful and original creative figures of his time. Banned for all purposes from the Prague stage until the age of 62, and unable to make it even out of the provincial capital of Brno, his operas are now performed in dynamic productions throughout the globe. This volume brings together some of the world’s foremost Janácek scholars to look closely at a broad range of issues surrounding his life and work. Representing the latest in Janácek scholarship, the essays are accompanied by newly translated writings by the composer himself.


The collection opens with an essay by Leon Botstein who clarifies and amplifies how Max Brod contributed to Janácek ‘s international success by serving as “point man” between Czechs and Germans, Jews and non-Jews. John Tyrrell, the dean of Janácek scholars, distills more than thirty years of research in “How Janácek Composed Operas,” while Diane Paige considers Janácek’s liason with a married woman and the question of the artist’s muse. Geoffrey Chew places the idea of the adulterous muse in the larger context of Czech fin de siècle decadence in his thoroughgoing consideration of Janácek’s problematic opera Osud. Derek Katz examines the problems encountered by Janácek’s satirically patriotic “Excursions of Mr. Broucek” in the post-World War I era of Czechoslovak nationalism, while Paul Wingfield mounts a defense of Janácek against allegations of cruelty in his wife’s memoirs. In the final essay, Michael Beckerman asks how much true history can be culled from one of Janácek’s business cards.


The book then turns to writings by Janácek previously unpublished in English. These not only include fascinating essays on Naturalism, opera direction, and Tristan and Isolde, but four impressionistic chronicles of the “speech melodies” of daily life. They provide insight into Janácek’s revolutionary method of composition, and give us the closest thing we will ever have to the “heard” record of a Czech pre-war past-or any past, for that matter.

Michael Beckerman is Professor of Music at New York University. His books include Janácek as Theorist (Pendragon), Janácek and Czech Music (Pendragon) Dvorák and His World (Princeton), and New Worlds of Dvorák (Norton). He writes on music for the New York Times, was awarded the Janácek Medal by the Czech Government, and is a laureate of the Czech Music Council..

"This series of essays serves to confirm Janacek's place in the pantheon of great composers."—Library Journal

"Every part of this volume offers much of value."—Jan Smaczny, BBC Music Magazine

"I would recommend this book to anyone interested in music or in exploring the development of the nationalistic movement in music. Part I not only gives insight into Janacek the man and composer, but also Part II delves into Janacek the writer and his genuine attempts to comprehend the relationship between musical phenomena and human thought and language. Part II, 'Janacek's Writings,' has numerous musical examples to allow one to follow the composer's creative process."—Carol Ann Modesitt, Opera Journal