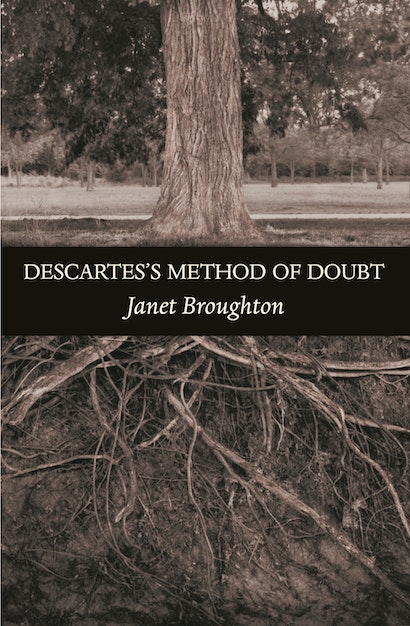 Descartes thought that we could achieve absolute certainty by starting with radical doubt. He adopts this strategy in the Meditations on First Philosophy, where he raises sweeping doubts with the famous dream argument and the hypothesis of an evil demon. But why did Descartes think we should take these exaggerated doubts seriously? And if we do take them seriously, how did he think any of our beliefs could ever escape them? Janet Broughton undertakes a close study of Descartes’s first three meditations to answer these questions and to present a fresh way of understanding precisely what Descartes was up to.


Broughton first contrasts Descartes’s doubts with those of the ancient skeptics, arguing that Cartesian doubt has a novel structure and a distinctive relation to the commonsense outlook of everyday life. She then argues that Descartes pursues absolute certainty by uncovering the conditions that make his radical doubt possible. She gives a unified account of how Descartes uses this strategy, first to find certainty about his own existence and then to argue that God exists. Drawing on this analysis, Broughton provides a new way to understand Descartes’s insistence that he hasn’t argued in a circle, and she measures his ambitions against those of contemporary philosophers who use transcendental arguments in their efforts to defeat skepticism. The book is a powerful contribution both to the history of philosophy and to current debates in epistemology.

Janet Broughton is Professor of Philosophy at the University of California, Berkeley.

"This is a brilliant book, written in a flowing and elegant prose that belies the extraordinary erudition, and philosophical rigor and subtlety which it contains."—Jorge Secada, Philosophical Quarterly

"In this clearly written and engaging book, Broughton argues that the method of doubt is in fact constructive, a strategy for uncovering the first principles of philosophy by showing that the truth of certain beliefs is a condition for the method of doubt."—Deborah Boyle, Philosophy in Review

"Simply put, this is a superb book. It provides a deep, learned, and philosophically engaging reading of the method of doubt as laid out in the first three meditations.... Exemplary in its capacity to seamlessly combine scholarly debate, history of ideas and original philosophising in a clear and lively prose style. The book will be an essential reference in future discussions of Descartes and his method of doubt."—David Macarthur, Philosophical Books

"Descartes's Method of Doubt offers a compelling new reading of what the method of doubt involves, and of the work that it does in the Meditations. . . . Broughton's book must count as a significant contribution to Cartesian studies and early modern philosophy, and it is surely one that will be accorded close attention by scholars in the field. . . . [I]t is clearly and elegantly written. . . . incisive, insightful and illuminating."—Cecilia Wee, British Journal for the History of Philosophy

"This stunning work is without question a major contribution to Cartesian studies, to the field of early modern philosophy, and to general epistemology—original, provocative, and philosophically interesting. The writing is everywhere precise and elegant, but straightforward and conversational at the same time. It is a brilliant piece of philosophy, a masterful work of scholarship, and an engaging read—a trio not often encountered."—Edwin McCann, University of Southern California

"Broughton presents an impressive rethinking of how knowledge, certainty, and doubt figure in Descartes's Meditations. The project is deeply thought out and extremely engaging. In many places the insights are simply startling. Perhaps her most important achievement lies in how well she manages to realize the ambition of many working in the history of philosophy to remain in dialogue with contemporary philosophy."—John Carriero, University of California, Los Angeles

"Given the extent and quality of the scholarly work that precedes it, Broughton's fresh, illuminating, and persuasive reading of Descartes's Meditations is a remarkable achievement."—Robert Fogelin, Dartmouth University