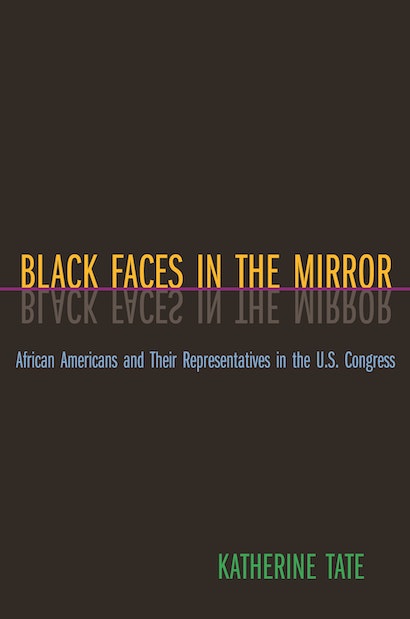 Here, Katherine Tate examines the significance of race in the U.S. system of representative democracy for African Americans. Presenting important new findings, she offers the first empirical study to take up the question of representation from both sides of the constituent-representative relationship.


The first half of the book examines whether black members of the U.S. House legislate and represent their constituents differently than white members do. Representation is broadly conceptualized to include not only legislators’ roll call voting behavior and bill sponsorship, but also the symbolic acts in which they engage. The second half looks at the issue of representation from the perspective of ordinary African Americans based on a landmark national survey.


Tate’s findings are mixed. But, in the main, legislators’ race does shape how they represent their constituents and how constituents evaluate them. African Americans view black representatives more positively than they do white representatives, even those who belong to their own political party. Black legislators, however, are just as likely as white representatives to sponsor and gain passage of bills in the House. Tate also concludes that black House members are more liberal as a group than are their black constituents, but that there is considerable divergence in the quality and type of representation they provide.


The findings reported here will generate controversy in the fields of politics, law, and race, particularly as debate commences over renewing the Voting Rights Act, which is set to expire in 2007.

Katherine Tate is Professor and Chair of Political Science at the University of California, Irvine. She is the author of From Protest to Politics and coauthor of African Americans and the American Political System (Fourth Edition).

"A thorough, thoughtful, and sophisticated discussion of the evidence. . . . [Tate] has combined theory, hard data, and real-world politics to produce a concise and interesting work on an important issue. This scholarly yet very readable book is a must-read for students of Congress or minority group politics."—Choice

"A major contribution to the field of Congressional Studies and black politics."—Lewis A. Randolph, Journal of African American History

"Black Faces in the Mirror is an important new work. It contributes significantly to recent debates about the value of majority-minority congressional districts created in the 1990 redistricting, and to their impact upon descriptive, substantive, and symbolic representation. Tate's research design allows her to compare party, race, political sphere, and types of representation through survey research of African American citizens linked with home style analysis of 252 members of Congress, who represent various parties and racial groups. Unlike previous scholars, Tate systematically compares black and white members, and examines the views of a significant sample of black citizens with a large survey of House members across racial and ethnic boundaries. Her work more precisely captures subtle differences in the ways African American citizens view descriptive, substantive, and symbolic representation. Tate's sophisticated analysis will be read widely and avidly by public officials, graduate and undergraduate faculty and students, and political activists."—Dianne Pinderhughes, University of Illinois at Urbana-Champaign

"For a comprehensive treatment of African-American representation in Congress, this is the work to read. Among its attractions is a fresh set of nationwide survey data."—David Mayhew, Yale University, author of America's Congress

"This is an important and well-timed work that examines black representation from the perspective of ordinary black Americans. Tate does not pick a side in the debate over race and representation and cheer for her team. Instead, she allows the data to dictate her findings. This book will be much discussed in the fields of politics, law, and race."—David Lublin, American University

"The combination of perspectives and analyses in this interesting study—unique so far as I know—makes it especially important. By looking at both the represented and the representative, Tate is able to ask and at least tentatively answer several critical questions about race and representation."—Barbara Sinclair, University of California, Los Angeles