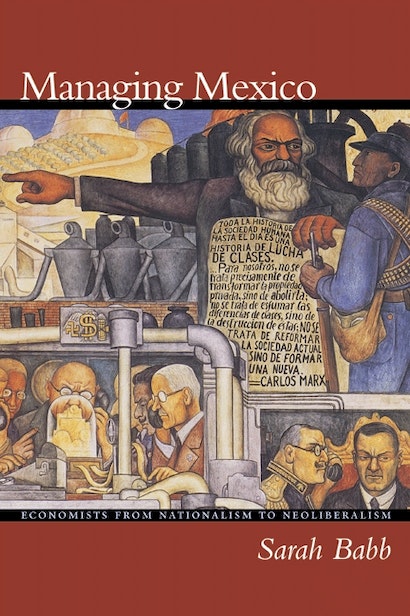 Just one generation ago, lawyers dominated Mexico’s political elite, and Mexican economists were a relatively powerless group of mostly leftist nationalists. Today, in contrast, the country is famous, or perhaps infamous, for being run by American-trained neoclassical economists. In 1993, the Economist suggested that Mexico had the most economically literate government in the world — a trend that has continued since Mexico’s transition to multi-party democracy. To the accompanying fanfare of U.S. politicians and foreign investors, these technocrats embarked on the ambitious program of privatization, deregulation, budget-cutting, and opening to free trade — all in keeping with the prescriptions of mainstream American economics.


This book chronicles the evolution of economic expertise in Mexico over the course of the twentieth century, showing how internationally credentialed experts came to set the agenda for the Mexican economics profession and to dominate Mexican economic policymaking. It also reveals how the familiar language of Mexico’s new experts overlays a professional structure that is still alien to most American economists. Sarah Babb mines diverse sources — including Mexican undergraduate theses, historical documents, and personal interviews — to address issues relevant not only to Latin American studies, but also to the sociology of professions, political sociology, economic sociology, and neoinstitutionalist sociology. She demonstrates with skill how peculiarly national circumstances shape what economic experts think and do. At the same time, Babb shows how globalization can erode national systems of economic expertise in developing countries, creating a new class of ”global experts.”

Sarah L. Babb is Assistant Professor of Sociology at Boston College. She is the coauthor of Economy/Society: Markets, Meanings, and Social Structure and the author of a number of articles on economic and political sociology. She was the recipient of the American Sociological Association's annual dissertation award for 1999.

"A clear picture of the evolution of economic thinking in Mexico, grounded in the changing institutions that shaped it."—Choice

"Masterful. . . . In writing this book, so well researched and carefully argued, Babb has performed a major service for all those who wish to understand the contemporary global hegemony of neo-liberal economics, and who would resist its reification as the only rational antidote to economic malaise."—Gil Eyal, Journal of Economic History

"Accessible to the nonspecialist, and the implicit drama of [the story] drives the reader forward. . . . A corrective to a common globalization narrative on the left, which explains global poverty and inequality as simply something imposed on the third world."—Jeff Faux, Dissent

"Managing Mexico is a landmark achievement by an up and coming comparative-historical sociologist. Based on solid scholarship, it takes a much-needed critical look at the reception of economic ideas in Mexico during the twentieth century. This is the best book on the history of Mexican economic thinking and policymaking—and a must read for students of professionalization in general."—Mauro Guillén, University of Pennsylvania, author of The Limits of Convergence

"This book furthers our understanding of the historical source of change in Mexican economic ideas. Because Babb lays out the larger theoretical concerns carefully, she is able to link the Mexican case to broader interpretations, permitting other scholar to now compare the Mexican case with other developing countries."—Roderic Camp, author of Politics in Mexico