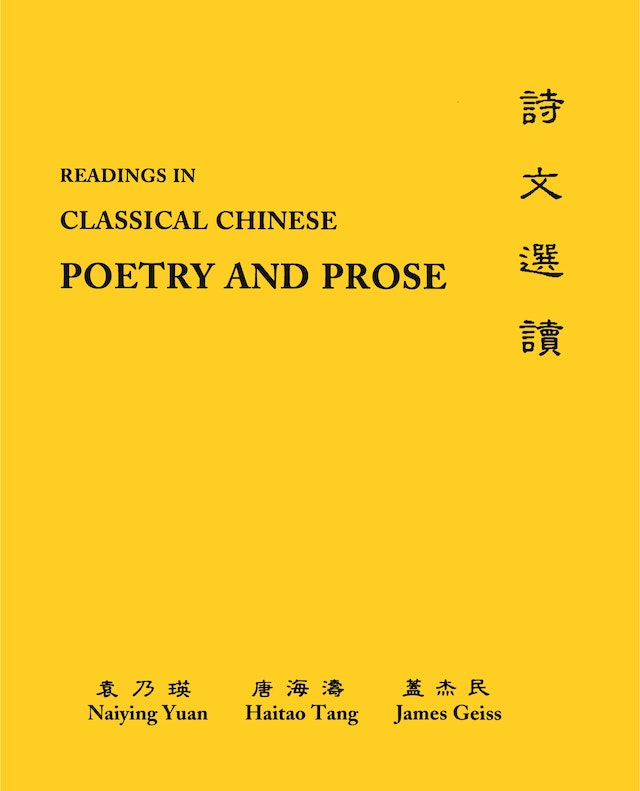 This supplemental volume continues the rigorous standard set forth in the main, three-volume Classical Chinese: A Basic Reader while reinforcing its linguistic lessons from carefully chosen representative works. Comprised of three parts — “Poetry,” “Lyrics,” and “Prose” — it presents texts, chronologically, that represent the artistic embodiment of China’s Confucian and Taoist thought. Two introductions separately describe the structural and formal features of regulated verse and parallel prose; each genre is unique to Chinese literature yet both share common characteristics tempered by the Chinese language.


The main text and its four supplementary volumes together represent the most comprehensive and authoritative textbook on the language, literature, philosophy, history, and religion of premodern China. Field-tested and fine-tuned for years in classroom settings by three members of the Chinese Linguistics Project at Princeton University, it is the definitive new resource for students and instructors of classical Chinese language or culture.

Naiying Yuan and Haitao Tang are Lecturers Emeritus in the Department of East Asian Languages, and in the Chinese Linguistics Project, at Princeton University. Tang is coauthor of Chinese Primer, an introductory Chinese language textbook (Princeton). James Geiss, who earned his Ph.D. from Princeton University in 1979, was a Ming scholar and worked for many years as research associate, editor, and contributing author to the Cambridge History of China Project.