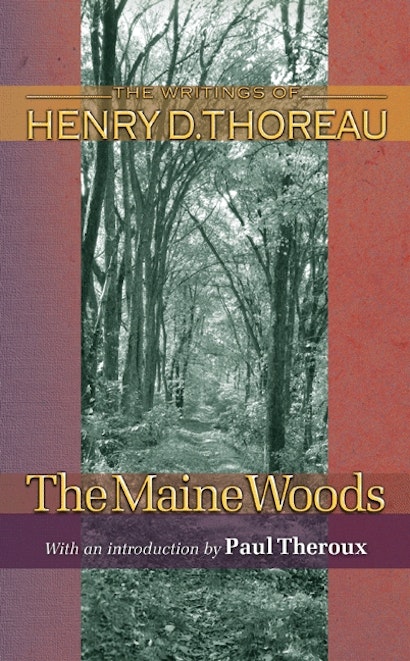 Henry D. Thoreau traveled to the backwoods of Maine in 1846, 1853, and 1857. Originally published in 1864, and published now with a new introduction by Paul Theroux, this volume is a powerful telling of those journeys through a rugged and largely unspoiled land. It presents Thoreau’s fullest account of the wilderness.

The Maine Woods is classic Thoreau: a personal story of exterior and interior discoveries in a natural setting — all conveyed in taut, masterly prose. Thoreau’s evocative renderings of the life of the primitive forest — its mountains, waterways, fauna, flora, and inhabitants — are timeless and valuable on their own. But his impassioned protest against the despoilment of nature in the name of commerce and sport, which even by the 1850s threatened to deprive Americans of the “tonic of wildness,” makes The Maine Woods an especially vital book for our own time.

Paul Theroux is a travel writer who is widely credited with reviving the genre in 1975 with his The Great Railway Bazaar. Among his other books are the novels Chicago Loop and Mosquito Coast. He lives on Cape Cod and in Hawaii.