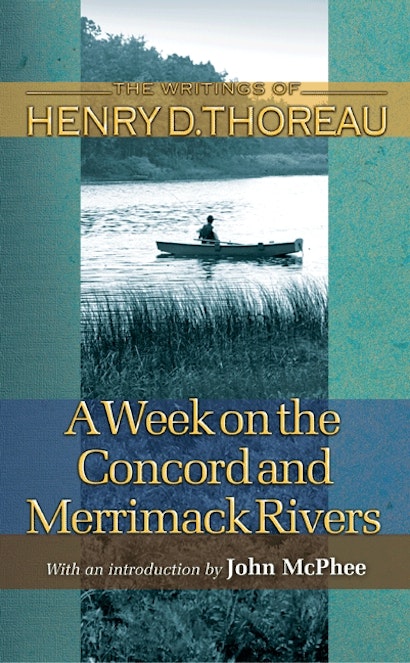 Henry D. Thoreau’s classic A Week on the Concord and Merrimack Rivers is published now as a new paperback edition and includes an introduction by noted writer John McPhee. This work — unusual for its symbolism and structure, its criticism of Christian institutions, and its many-layered storytelling — was Thoreau’s first published book.


In the late summer of 1839, Thoreau and his older brother John made a two-week boat-and-hiking trip from Concord, Massachusetts, to the White Mountains of New Hampshire. After John’s sudden death in 1842, Thoreau began to prepare a memorial account of their excursion. He wrote two drafts of this story at Walden Pond, which he continued to revise and expand until 1849, when he arranged for its publication at his own expense. The book’s heterodoxy and apparent formlessness troubled its contemporary audience. Modern readers, however, have come to see it as an appropriate predecessor to Walden, with Thoreau’s story of a river journey depicting the early years of his spiritual and artistic growth.

John McPhee is the author of twenty-five books, including The Control of Nature, Irons in the Fire, and Annals of the Former World, for which he was awarded the Pulitzer Prize in 1999.