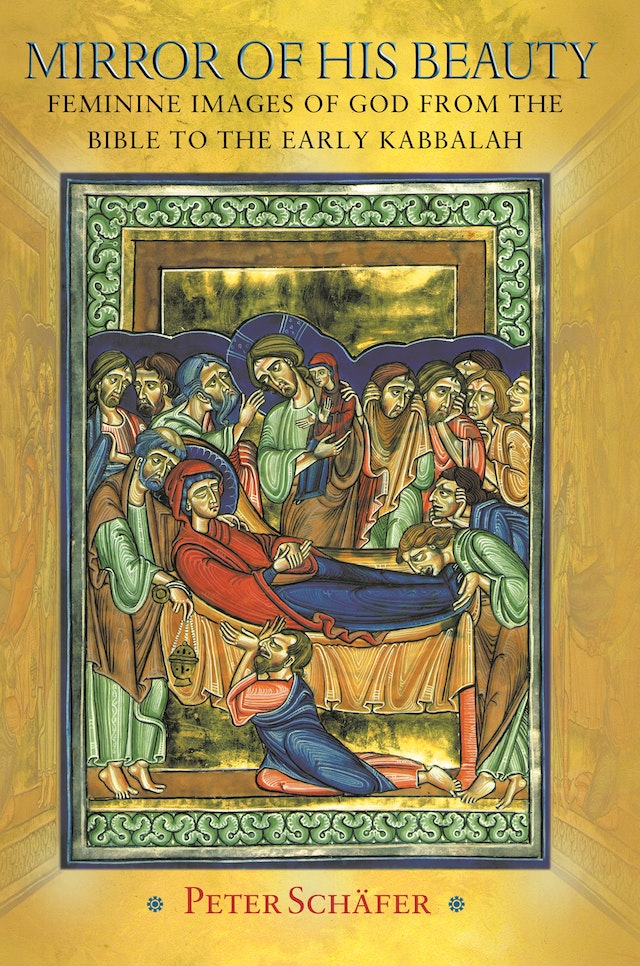 In this beautifully realized study, Peter Schäfer investigates the origins of a female manifestation of God in Jewish mysticism. The search itself is a fascinating exploration of the idea of a feminine divinity. And Schäfer’s surprising but persuasive conclusions yield deeper understanding of the complex but frequently intimate relationship between Christianity and Judaism — and of the development of religious concepts more generally.


Toward the end of the twelfth century, a small book titled the Bahir (Light) appeared in Provence. The first document of Judaism’s emerging kabbalistic movement, it introduced a completely new view of God, one that included a divine potency that was essentially female. This female divinity was portrayed both as a mediator between Jews and God and as part of the Godhead itself. Examining Judaic history from the biblical Wisdom tradition to the Middle Ages, Schäfer finds some precedents for the Kabbalah’s feminine divinity. But he cannot account for her forceful appearance in twelfth-century southern France without reference to the immediate Christian environment, particularly the flourishing veneration of the Virgin Mary. Indeed, twelfth-century Jews and Christians were simultaneously rediscovering the feminine as an aspect of the Godhead after having abandoned it in favor of either an abstract, disembodied God or an exclusively male one.


In proposing that the medieval cult of Mary — rather than eastern Gnosticism — is the appropriate framework for understanding the feminine elements in Jewish mysticism, Mirror of His Beauty represents a sea change in Kabbalah and Jewish-Christian cultural studies. It shifts our attention from the Byzantine East to the Latin Christian West. And in contrast to histories that treat the development of Judaism and Christianity in isolation, it leads us to a fuller understanding of Jews and Christians living in proximity, aware of each other.

"This work deals with esoteric ideas that are bold and complex, but it is also culturally important, providing a wonderful antecedent for feminist theological speculation today. Schäfer supports his thesis admirably, showing its importance for understanding medieval Jewish-Christian relationships and the cultural environment's influence on religion."—Library Journal

"Schäfer's book is clearly written and forcefully presents an interesting and plausible thesis for the presence, survival and re-emergence of the feminine in the Jewish divine from antiquity to the middle ages."—Tal Ilan, Journal of Jewish Studies

"Innovative, bold, well written, full of new insights, and based on broad scholarship and a creative imagination as well as plain old common sense, Peter Schäfer's new study makes an important contribution to the history of Jewish mysticism, Jewish-Christian cultural studies, and the history of religions."—Ivan Marcus, Yale University

"Reading this book is a great delight. Schäfer deals with a fascinating issue—the history of the female deity—and, as he does so, he fully reveals the intimacy and closeness of Jewish-Christian relations during the Middle Ages. The book is provocative, written with drive, fluent in diverse literary spheres, and of major importance."—Israel Jacob Yuval, Hebrew University