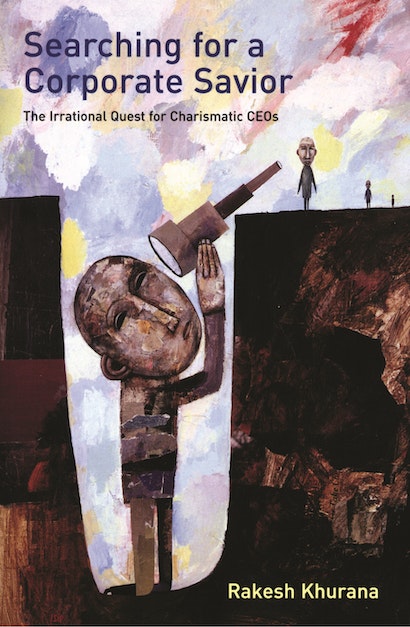 Corporate CEOs are headline news. Stock prices rise and fall at word of their hiring and firing. Business media debate their merits and defects as if individual leaders determined the health of the economy. Yet we know surprisingly little about how CEOs are selected and dismissed or about their true power. This is the first book to take us into the often secretive world of the CEO selection process. Rakesh Khurana’s findings are surprising and disturbing. In recent years, he shows, corporations have increasingly sought CEOs who are above all else charismatic, whose fame and force of personality impress analysts and the business media, but whose experience and abilities are not necessarily right for companies’ specific needs. The labor market for CEOs, Khurana concludes, is far less rational than we might think.


Khurana’s findings are based on a study of the hiring and firing of CEOs at over 850 of America’s largest companies and on extensive interviews with CEOs, corporate board members, and consultants at executive search firms. Written with exceptional clarity and verve, the book explains the basic mechanics of the selection process and how hiring priorities have changed with the rise of shareholder activism. Khurana argues that the market for CEOs, which we often assume runs on cool calculation and the impersonal forces of supply and demand, is culturally determined and too frequently inefficient. Its emphasis on charisma artificially limits the number of candidates considered, giving them extraordinary leverage to demand high salaries and power. It also raises expectations and increases the chance that a CEO will be fired for failing to meet shareholders’ hopes. The result is corporate instability and too little attention to long-term strategy.


The book is a major contribution to our understanding of corporate culture and the nature of markets and leadership in general.

Rakesh Khurana is Assistant Professor of Organizational Behavior at the Harvard Business School. 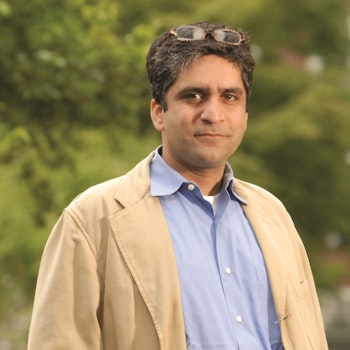 "The most important—and timely—management book of 2002. Rakesh Khurana pulls back the curtain on . . . the vogue for hiring celebrity outsiders over capable insiders. . . . A thousand hosannas."—Fortune

"[This] new book . . . will surely intensify the already hot debate on corporate governance. . . . [It] seems wonderfully rational, not to mention impeccably well timed. . . . Recent events, of course, should make people care about the problems he spotlights. Some chief executives have either looted their companies or mismanaged them in ways that have wiped out billions of dollars of shareholder value."—William J. Holstein, The New York Times

"CEOs often write their own tickets when they ride to the rescue of a company in distress. Khurana details the ways that CEO accountability has diminished and compensation has skyrocketed (while workers' pay, in real dollars, has gone down)."—Adam Rogers, Newsweek

"As Mr. Khurana patiently explains, the rise of the charismatic C.E.O. has been, on balance, a terrible trend for American business. . . . C.E.O.s have justified their ludicrous, pharaoh-like paydays with talk about supply and demand, meritocracy and shareholder value—but as it turns out, there's no steady correlation between any of these."—Stephen Metcalf, New York Observer

"Searching for a Corporate Savior pulls back the curtain on how the system of CEO selection actually works. . . . As a precondition to accepting the job, Khurana found, most candidates insist on taking both the chairman and C.E.O. titles as well as the right to stack the board with their cronies. . . . [M]any of those C.E.O.s have transferred ungodly sums of money from shareholders to their own pockets."—Jerry Useem, American Prospect

"Highly readable. . . . Khurana shows that the damage caused by celebrities in the executive suites does not affect merely employees and investors but society as a whole."—Toronto Globe and Mail

"Even if a company is in dire straits, is an outsider likely to be the best person to rescue it? Mr. Khurana insists that is rarely the case. As markets go, that for chief executives works in a spectacularly unsatisfactory way, he argues. . . . The search process, with its emphasis on confidentiality, restricts the hunt for potential candidates and puts enormous power in the hands of the recruiting firm."—The Economist

"In his excellent, readable and highly original Searching for a Corporate Savior , Khurana lays bare the CEO search process and shows how directors at company after company favor executive glitz and corporate pedigree over demonstrated competence—and then grossly overpay their recruits while demanding miraculous results. Not surprisingly, in trying to live up to expectations, the bosses often end up wrecking the company."—Jay Hancock, Baltimore Sun

"Rakesh Khurana takes a big swing at today's cult of the corporate leader, aiming to demolish a few of the shibboleths that company boards hold dear. . . . All in all, this is a refreshing debunking of business mythology."—Simon Clarke, Human Resources

"Rakesh Khurana's brilliant, path-breaking book offers a thought-provoking perspective on the cult of heroic leadership in America. His fascinating insider insights into the decision-making process in corporate boardrooms are intriguing, illuminating, and, at times, appalling. This book would be worth reading for the scope of his research and the breadth of his analysis alone. But he also issues a powerful call for change that should shape the debate about CEO choice and company performance for years to come."—Rosabeth Moss Kanter, Harvard Business School, best-selling author of Evolve!: Succeeding in the Digital Culture of Tomorrow and When Giants Learn to Dance

"This book deals squarely with one of the greatest issues of our time: whether our business leadership is selected in the right way, whether we are getting the right people who are motivated in the right way to promote long-run success. This is a very important book for what it says about the direction of our economy."—Robert J. Shiller, Yale Univeristy, author of Irrational Exuberance

"This is really—and I mean really—a nice book. Khurana explains why the boards of major U.S. corporations actively turn to outsiders and situates this shift in broader trends in management. Providing insight into a broader social transformation while providing an explanation of a specific phenomenon, this book should appeal to a wide audience."—Joel Podolny, Stanford University