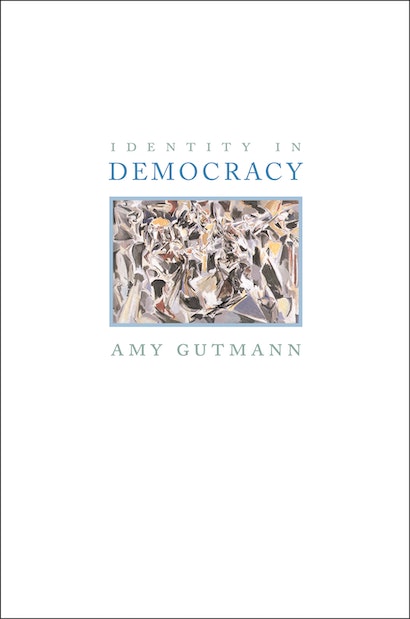 Written by one of America’s leading political thinkers, this is a book about the good, the bad, and the ugly of identity politics.Amy Gutmann rises above the raging polemics that often characterize discussions of identity groups and offers a fair-minded assessment of the role they play in democracies. She addresses fundamental questions of timeless urgency while keeping in focus their relevance to contemporary debates: Do some identity groups undermine the greater democratic good and thus their own legitimacy in a democratic society? Even if so, how is a democracy to fairly distinguish between groups such as the KKK on the one hand and the NAACP on the other? Should democracies exempt members of some minorities from certain legitimate or widely accepted rules, such as Canada’s allowing Sikh members of the Royal Canadian Mounted Police to wear turbans instead of Stetsons? Do voluntary groups like the Boy Scouts have a right to discriminate on grounds of sexual preference, gender, or race?


Identity-group politics, Gutmann shows, is not aberrant but inescapable in democracies because identity groups represent who people are, not only what they want — and who people are shapes what they demand from democratic politics. Rather than trying to abolish identity politics, Gutmann calls upon us to distinguish between those demands of identity groups that aid and those that impede justice. Her book does justice to identity groups, while recognizing that they cannot be counted upon to do likewise to others.


Clear, engaging, and forcefully argued, Amy Gutmann’s Identity in Democracy provides the fractious world of multicultural and identity-group scholarship with a unifying work that will sustain it for years to come.

Amy Gutmann Amy Gutmann is President-elect of the University of Pennsylvania. Her many books include Democratic Education(Princeton); Why Deliberative Democracy? (forthcoming, Princeton) and Democracy and Disagreement (Harvard), both with Dennis Thompson; and Color Conscious (Princeton, with K. Anthony Appiah).

"Typically, discussions of identity politics in American life are tinged with vitriol. Gutmann's book, by contrast, calms the debate with an unflappably reasonable analysis. . . . She argues that, since humans are social creatures, identity politics is a permanent fixture of the political landscape."—The New Yorker

"There is much to admire in this book. It is clearly written, deploys interesting and topical examples, and is accessible without losing important nuance and careful insight."—Margaret Moore, Political Science Quarterly

"Although Gutmann writes as a philosopher, her text is accessible to the nonspecialist interested in analyzing core issues of diversity, identity, and community. . . . Gutmann's analysis of identity groups is instructive to those who seek a more complex understanding of the tensions between expressions of individual identities and the creation of an equitable community."—Kristen A. Renn, Academe

"Even though identity is a big subject these days, the role of identity in democratic politics has received far too little critical attention. It tends to get either indiscriminate praise as a route to self-realization and to group justice, or derogatory dismissal as a vehicle of prejudice and partiality, or radical neglect as a poor relation of group interest. Amy Gutmann's book provides a splendid scrutiny of this rich and diverse terrain, ending with a coherent and integrated understanding of the role of identity groups in democratic politics. We have reasons to be grateful."—Amartya Sen, Trinity College, 1998 Nobel Laureate in Economics

"For anyone who believes that identity politics is just identity politics, this timely book will be a revelation. Comprehensive and full of brilliant insight, it remains always accessible as it puts identity politics through its philosophical paces, revealing along the way its indispensability to all politics, to 'civic equality, liberty, and opportunity'—to democracy itself."—Claude Steele, Stanford University

"Amy Gutmann has an unusual—and extremely valuable—ability to take large, contentious subjects and discuss them calmly, lucidly, and imaginatively. The politics of identity and culture easily arouse violent passions even in academia, but this book shows that it is possible to argue toughly and to reach firm conclusions without once resorting to name-calling. I doubt that even one of her readers will agree with all of Gutmann's conclusions—but they will all have to take account of the wealth of empirical evidence and stringent reasoning in this book."—Alan Ryan, Oxford University

"Like all of Gutmann's work, this book is very well written, clear, convincing, and most of all a pleasure to read. It will become a must for those interested in democracy and human rights as well as in identity group politics and the status of minorities, and will therefore draw the attention of large audiences."—Yael Tamir, Tel-Aviv University, author of Liberal Nationalism

"Identity in Democracy is marked by all of the scholarly virtues to which Amy Gutmann has accustomed her readers. It is a sensible and humane work by a theorist who has no particular theoretical axe to grind, aside from the laudable concern to spell out principles that will allow individuals and liberal democratic societies to benefit optimally from associational life while avoiding some of its seamier aspects."—Daniel Weinstock, University of Montreal