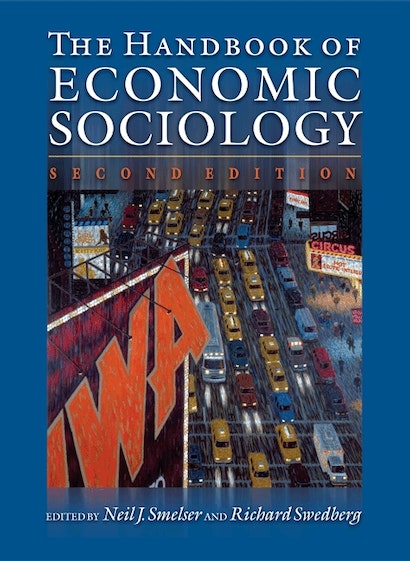 
The second edition, while being as all-embracing in its coverage as the first edition, represents a wholesale revamping. Neil Smelser and Richard Swedberg have kept the main overall framework intact, but nearly two-thirds of the chapters are new or have new authors. As in the first edition, they bring together leading sociologists as well as representatives of other social sciences. But the thirty chapters of this volume incorporate many substantial thematic changes and new lines of research — for example, more focus on international and global concerns, chapters on institutional analysis, the transition from socialist economies, organization and networks, and the economic sociology of the ancient world. The Handbook of Economic Sociology, Second Edition is the definitive resource on what continues to be one of the leading edges of sociology and one of its most important interdisciplinary adventures. It is a must read for all faculty, graduate students, and undergraduates doing work in the field.

"From review of Princeton's original edition: "This beautifully produced compendium is an invaluable reference work: Its broad compass, indices by author and subject, and copious bibliographic notes alone will keep it within an arm's reach at the desks of social scientists for years to come.""—Samuel Bowles, Contemporary Sociology

"From review of Princeton's original edition: "This excellent volume is a compilation of some of the best writing in this field over the past decade, including basic works like Oliver Williamson's transaction cost theory of the firm, and [is] a helpful comparison of economic sociology to mainstream economics.""—Francis Fukuyama, Foreign Affairs

"From review of Princeton's original edition: "A unique and invaluable survey of this rapidly developing field of scholarship.""—Choice

"The 31 articles which make up the Handbook are, without exception, of superb quality, expressing scholarship at its best. . . . The book's range of topics, authoritative articles, and summary of past accomplishments and contemporary research certainly will serve for many years as the crystallizing nucleus of the reincarnated field of economic sociology."—Journal of Institutional and Theoretical Economics

"[O]ne difference between economists and sociologists is in the questions asked. For example, if jobs were relatively homogenous, the economist would . . . only be concerned about the total number and the wage level. The sociologist might well be interested in the non-economic explanation of who goes to which job. But . . . it is clear that the social aspects can affect outcomes that even the economist is interested in. Anyone wishing to study these important matters will have to start with The Handbook of Economic Sociology."—Times Literary Supplement

"[T]here is a great deal of interesting research and theoretical reflection going on under the rubric of economic sociology, and the Handbook is certainly the best available guide to this."—Review of International Political Economy

"[This book] confirms the impression that economic sociology is rapidly becoming a powerful force in academic life. . . . It can be strongly recommended for the intrinsic interest of its subject matter and for the individual merit of most of its contributions. . . . Mainstream economists now have some serious competition to face."—Journal of Economic History