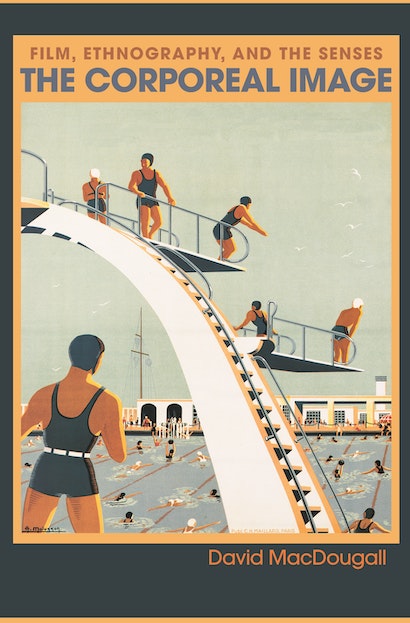 In this book, David MacDougall, one of the leading ethnographic filmmakers and film scholars of his generation, builds upon the ideas from his widely praised Transcultural Cinema and argues for a new conception of how visual images create human knowledge in a world in which the value of seeing has often been eclipsed by words.


In ten chapters, MacDougall explores the relations between photographic images and the human body-the body of the viewer and the body behind the camera as well as the body as seen in ethnography, cinema, and photography. In a landmark piece, he discusses the need for a new field of social aesthetics, further elaborated in his reflections on filming at an elite boys’ school in northern India. The theme of the school is taken up as well in his discussion of fiction and nonfiction films of childhood. The book’s final section presents a radical view of the history of visual anthropology as a maverick anthropological practice that was always at odds with the anthropology of words. In place of the conventional wisdom, he proposes a new set of principles for visual anthropology.


These are essays in the classical sense — speculative, judicious, lucidly written, and mercifully jargon-free. The Corporeal Image presents the latest ideas from one of our foremost thinkers on the role of vision and visual representation in contemporary social thought.

David MacDougall's films have won numerous international awards, including the Film Prize of Cinéma du Réel and the Earthwatch Film Award. He is the author of Transcultural Cinema (Princeton) and is currently ARC Professorial Fellow at the Centre for Cross-Cultural Research, Australian National University, Canberra.

"The prose is jargon-free, lucid, and, at its best, poignant, especially when the author writes about the now-grown child subjects of his treasured postcard collection. . . . [MacDougall] urges scholars to see the visual as a complement rather than as a substitute for the verbal, as a language with its own vocabulary and potential. Given the author's obvious accomplishments in both forms, his long and successful career stands as the best evidence for the validity of his argument."—Richard John Ascárate, MEDIEN

"Embracing, generous, thought-full. David MacDougall weaves together Robbe-Grillet and Robert Flaherty, early cinema and indigenous media, films of childhood and colonial postcards to offer a fresh, compelling case for the primacy of film in the study of culture. Across a range of examples, he asks us to consider what form of knowledge cinema conveys incisively that written work grasps imperfectly. MacDougall stands as one of the great creators of, and commentators on, film working today."—Bill Nichols, author of Introduction to Documentary and Representing Reality

"This is a marvelous book, free of cant and jargon, by one of the most distinguished and reflective nonfiction filmmakers in the world today. Replete with implications for a whole host of intellectual disciplines and cultural practices, inside and outside the academy, it is an enormously exciting work."—Lucien Taylor, Film Study Center, Harvard University

"This is a terrific book, one whose arguments are provocative, thoughtful, and illuminating. Without question, it represents an important contribution to the present and future possibilities of visual anthropology in ways that are visionary and exciting, and that will be of interest to people interested in anthropology and documentary—fields in which David MacDougall is well known."—Faye Ginsburg, David B. Kriser Professor of Anthropology and Director of the Center for Media, Culture, and History, New York University