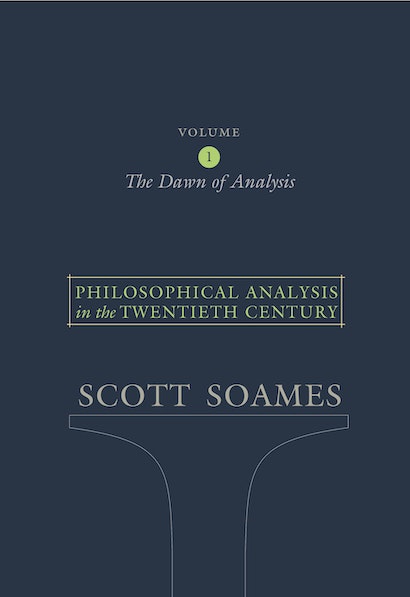 This is a major, wide-ranging history of analytic philosophy since 1900, told by one of the tradition’s leading contemporary figures. The first volume takes the story from 1900 to mid-century. The second brings the history up to date.


As Scott Soames tells it, the story of analytic philosophy is one of great but uneven progress, with leading thinkers making important advances toward solving the tradition’s core problems. Though no broad philosophical position ever achieved lasting dominance, Soames argues that two methodological developments have, over time, remade the philosophical landscape. These are (1) analytic philosophers’ hard-won success in understanding, and distinguishing the notions of logical truth, a priori truth, and necessary truth, and (2) gradual acceptance of the idea that philosophical speculation must be grounded in sound prephilosophical thought. Though Soames views this history in a positive light, he also illustrates the difficulties, false starts, and disappointments endured along the way. As he engages with the work of his predecessors and contemporaries — from Bertrand Russell and Ludwig Wittgenstein to Donald Davidson and Saul Kripke — he seeks to highlight their accomplishments while also pinpointing their shortcomings, especially where their perspectives were limited by an incomplete grasp of matters that have now become clear.


Soames himself has been at the center of some of the tradition’s most important debates, and throughout writes with exceptional ease about its often complex ideas. His gift for clear exposition makes the history as accessible to advanced undergraduates as it will be important to scholars. Despite its centrality to philosophy in the English-speaking world, the analytic tradition in philosophy has had very few synthetic histories. This will be the benchmark against which all future accounts will be measured.

Scott Soames is Professor of Philosophy at the University of Southern California. His other books include Reference and Description (Princeton), Beyond Rigidity, and Understanding Truth.

"I know of no sustained philosophical work that is as clear, deep, and incisive as these two volumes. There are several other excellent books on twentieth-century analytic philosophy, but Soames's is likely to become the standard. His ability to reconstruct arguments, to fill in inchoate arguments, and to detect what may have motivated or underlain some philosopher's position is amazing. . . . These are superb volumes by a superb philosopher."—A. P. Martinich, Journal of the History of Philosophy

"The writing and the organization are admirably clear and straightforward, exhibiting many of the virtues Soames claims for the tradition as a whole. . . . It is hard to imagine another work being produced which would deliver so much solid information on this dense and difficult subject matter in such easy form."—Charles T. Mathewes, Virginia Quarterly Review

"Because of its combination of sympathetic, illuminating exposition of the central doctrines and arguments of the analytic tradition and the hard-nosed critical evaluation to which they are subjected, this will surely be the standard history of analytic philosophy for many years to come."—Choice

"Philosophical Analysis in the Twentieth Century is a marvelous introduction to analytic philosophy. The two volumes unfold as a series of studies of some of the most important and influential philosophers in the analytic tradition. . . . It is a philosopher's history of analytic philosophy, with a careful and critical assessment of ideas about truth, morality, logic, mind, and meaning.""—Alex Byrne and Ned Hall, Boston Review

"This monumental study is a careful assessment of the successes and the failures of twentieth-century analytic philosophy. Soames displays unfailingly sound judgment throughout. The work is invaluable to those of us who have contributed to this period of very recent history of thought, and more importantly, to our students who will build upon the triumphs and will profit from the defeats of ourselves and our predecessors, carrying philosophy forward into the new millennium. The work is also a comprehensive reality check in the face of persistent accusations (coming not only from those who do not understand analytic philosophy, but also from those who remain stuck in its recent failures) that analytic philosophy is a disease or a futile exercise in wheel spinning. Analytic philosophy is, and has always been, a rational quest for knowledge and understanding. Its tools are clarification, argument, and tutored intuition. Soames provides perspective concerning the best of recent philosophical thought, articulating its most important developments, dead ends, and discoveries."—Nathan Salmon, University of California, Santa Barbara

"Philosophical Analysis in the Twentieth Century is a critical examination of key texts and trends in analytic philosophy by one of its leading contemporary practitioners. Soames has applied his formidable forensic talents to highlight the insights and expose the errors of the major figures from Moore to Kripke. These two volumes are an essential resource for any serious student of analytic philosophy."—Alex Byrne, Massachusetts Institute of Technology

"This is an extraordinarily impressive piece of work. It will be very valuable to capable, advanced undergraduates, and I expect it to be used widely in graduate courses and discussed frequently by scholars. It provides a substantive vision of how and where real progress has been made by philosophers in the analytic tradition, as well as how and why analytic philosophy sometimes took a step backward. Soames himself is doing cutting-edge work in core areas of analytic philosophy and is thus able to bring a level of philosophical sophistication to his treatment that few have available to them."—John Hawthorne, Rutgers University