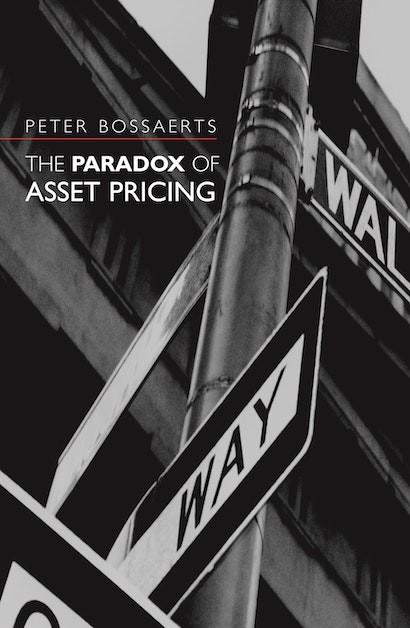 Asset pricing theory abounds with elegant mathematical models. The logic is so compelling that the models are widely used in policy, from banking, investments, and corporate finance to government. To what extent, however, can these models predict what actually happens in financial markets? In The Paradox of Asset Pricing, a leading financial researcher argues forcefully that the empirical record is weak at best. Peter Bossaerts undertakes the most thorough, technically sound investigation in many years into the scientific character of the pricing of financial assets. He probes this conundrum by modeling a decidedly volatile phenomenon that, he says, the world of finance has forgotten in its enthusiasm for the efficient markets hypothesis — speculation.


Bossaerts writes that the existing empirical evidence may be tainted by the assumptions needed to make sense of historical field data or by reanalysis of the same data. To address the first problem, he demonstrates that one central assumption — that markets are efficient processors of information, that risk is a knowable quantity, and so on — can be relaxed substantially while retaining core elements of the existing methodology. The new approach brings novel insights to old data. As for the second problem, he proposes that asset pricing theory be studied through experiments in which subjects trade purposely designed assets for real money. This book will be welcomed by finance scholars and all those math — and statistics-minded readers interested in knowing whether there is science beyond the mathematics of finance.


This book provided the foundation for subsequent journal articles that won two prestigious awards: the 2003 Journal of Financial Markets Best Paper Award and the 2004 Goldman Sachs Asset Management Best Research Paper for the Review of Finance.

Peter Bossaerts is William D. Hacker Professor of Economics and Management, Professor of Finance, and Executive Officer for the Social Sciences at the California Institute of Technology. He is the coauthor of Lectures on Corporate Finance.

"This book, whose rousing style drew me in immediately, is remarkable in how well it is able honestly to convey the core of modern finance theory and then to go on to criticize it fairly."—Thomas Sargent, Stanford University, Hoover Institution

"An important and timely book, The Paradox of Asset Pricing offers a fresh look at what the efficient markets hypothesis really implies. Summarizing forty years of asset pricing tests, it compels researchers to think deeply about what they are doing."—Bernt Arne Odegaard, Norwegian School of Management, Central Bank of Norway