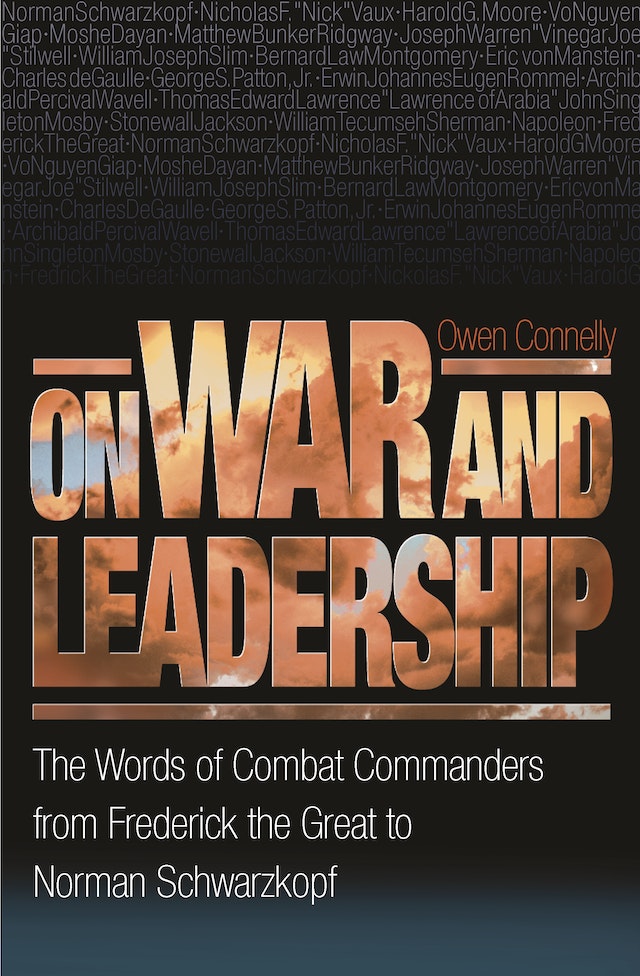 What can we learn about leadership and the experience of war from the best combat leaders the world has ever known? This book takes us behind the scenes and to the front lines of the major wars of the past 250 years through the words of twenty combat commanders. What they have to say — which is remarkably similar across generational, national, and ideological divides — is a fascinating take on military history by those who lived it. It is also worthwhile reading for anyone, from any walk of life, who makes executive decisions.

The leaders showcased here range from Frederick the Great to Norman Schwarzkopf. They include such diverse figures as Napoleon Bonaparte, commanders on both sides of the Civil War (William Tecumseh Sherman and Stonewall Jackson), German and American World War II generals (Rommel and Patton), a veteran of the Arab-Israeli wars (Moshe Dayan), and leaders from both sides of the Vietnam War (Vo Nguyen Giap and Harold Moore). What they have had in common is an unrivaled understanding of the art of command and a willingness to lead from the front. All earned the respect and loyalty of those they led — and moved them to risk death.

The practices of these commanders apply to any leadership situation, whether military, business, political, athletic, or other. Their words reveal techniques for anticipating the competition, leading through example, taking care of the “troops,” staying informed, turning bad luck to advantage, improvising, and making bold decisions.

Leader after leader emphasizes the importance of up-front “muddy boots” leadership and reveals what it takes to persevere and win. Identifying a pattern of proven leadership, this book will benefit anyone who aspires to lead a country, a squadron, a company, or a basketball team. It is a unique distillation of two and a half centuries of military wisdom.

Owen Connelly is the McKissick Dial Professor of History at the University of South Carolina. An ex-captain of U.S. Army Rangers, he did two years' duty in the Korean War and was later executive officer of the Rangers' Amphibious and Jungle Warfare Training Camp in Florida. He was a member of the Institute for Advanced Study, Princeton, in 1989 and 1995. His many books include Napoleon's Satellite Kingdoms, The Gentle Bonaparte, The Epoch of Napoleon, Blundering to Glory, and the widely used text French Revolution and Napoleonic Era.

"The man makes the book. The man is Owen Connelly, a serious student of war and an experienced soldier-leader. His book On War and Leadership will serve for many years as a valuable reference for scholars and a vital source of inspiration and instruction for practitioners. It is a real gem."—Harold R. Winton, School of Advanced Airpower Studies, Maxwell Air Force Base

"Owen Connelly, who combines front-line military experience with a long and distinguished academic career as a scholar of the Napoleonic Wars, is well qualified to edit an anthology on this surprisingly neglected subject. Having this material in one place is itself a significant contribution to scholarship."—Dennis Showalter, author of History in Dispute and The Wars of Frederick the Great

"Owen Connelly is a thoughtful and interesting scholar. Here he offers the reflections of combat leaders, allowing executives to compare their management and leadership ideas with those of military masters. It can be recommended to a popular audience."—Jeremy Black, author of War and the Worlds and Why Wars Happen