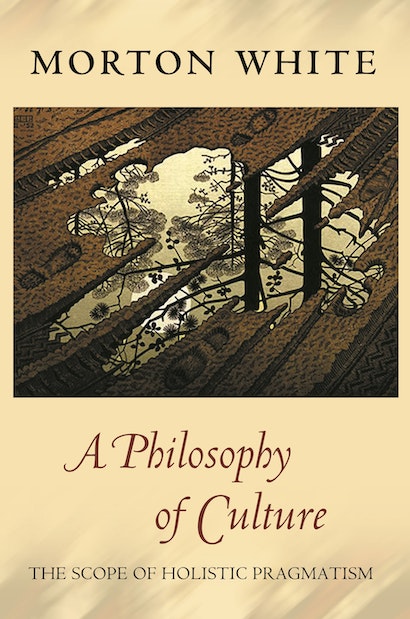 In this book, one of America’s leading philosophers offers a sweeping reconsideration of the philosophy of culture in the twentieth century. Morton White argues that the discipline is much more important than is often recognized, and that his version of holistic pragmatism can accommodate its breadth. Going beyond Quine’s dictum that philosophy of science is philosophy enough, White suggests that it should contain the word “culture” in place of “science.” He defends the holistic view that scientific belief is tested by experience but that such testing is rightly applied to systems or conjunctions of beliefs, not isolated beliefs. He adds, however, that we test ethical systems by appealing to feelings of moral obligation as well as to sensory experiences.


In the course of his lucidly written analysis, White treats central issues in the philosophy of science, of religion, of art, of history, of law, of politics, and of morality. While doing so he examines the views of Quine, Tarski, Goodman, and Rawls, and shows how they are related to the approaches of Peirce, James, Duhem, Russell, Dewey, Carnap, and the later Wittgenstein. He also discusses the ideas of the legal philosophers Holmes and Hart from a holistic standpoint.


White demonstrates how his version of pragmatism bridges the traditional gulf between analytic and synthetic truth as well as that between moral and scientific belief. Indeed, the high point of the book is a brilliant presentation of his view of ethics, based on the idea that our scientific theories face the tribunal of observation whereas our ethical views face the joint tribunal of observation and moral feeling. Scholars and students of the history of ideas and of philosophy will welcome A Philosophy of Culture as the highly finished product of more than sixty years of philosophical reflection by an important thinker.

"White's picture of pragmatism is distinctive, original, and highly relevant in contemporary philosophy. The new book will be of interest both for systematic philosophers working on philosophy of language, philosophy of science, philosophy of law, or ethics, and for historians of philosophy studying American pragmatism and its influence in twentieth-century thought."—S. Pihlström, Transactions of the Charles S. Peirce Society

"This book has a number of signal virtues. First of all, it is extremely well written with an admirable sense for the telling detail. Second, it covers a wide range of topics and authors, many of them not well known today. Third, it is idea-driven history, a discussion shaped so as to make a free-standing philosophical point rather than a mere narrative."—Raymond Geuss, Cambridge University, author of Public Goods, Private Goods and History and Illusion in Politics

"In this fine work, Morton White documents what he describes as the gradual defeat of classical rationalism at the hands of a doctrine he calls 'holistic pragmatism' in the twentieth century. This doctrine holds that all our beliefs are subject to the test of experience, and that they all face this test not individually but as a corporate body in the way that has become familiar as the Duhem-Quine thesis. What is special about White's account is his extension of this thesis to the moral realm, an extension he here recounts with primary reference to his differences with Quine. The broad sweep of White's treatment is intended to exemplify as well as to promote the philosophical analysis of fundamental beliefs in the several departments of civilization and so to expand the scope of such analysis beyond its recent preoccupation with logic, mathematics, and science. In this laudable enterprise, White succeeds beyond doubt, thereby performing an invaluable service both to philosophy and to the comprehensive study of culture."—Israel Scheffler, Harvard University