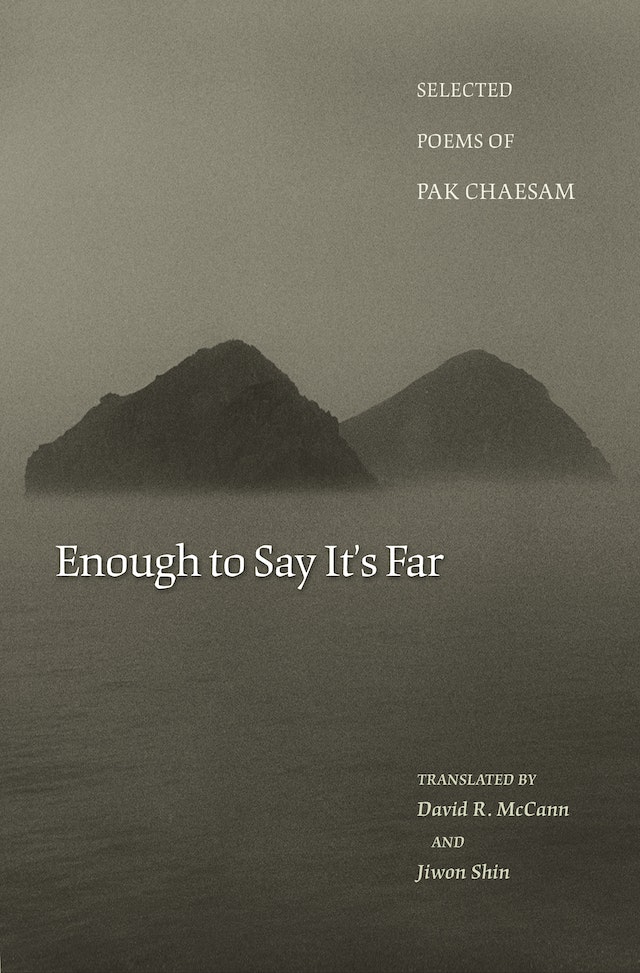 This is the first English translation of selected poems by one of the most important and unusual modern poets of South Korea. In contrast to the strident political protests found in the poetry of many of his contemporaries, Pak Chaesam’s work is characterized by intimate portraits of place, nature, childhood, and human relationships, and by indirection, nostalgia, and reflectiveness.

Often focused upon the border of this world and some other, Pak writes with a spareness of presentation but a cornucopia of imagery, meticulously exploring objective and subjective realms of existence and memory. Encouraging the reader to see and listen, and to allow the sensory to reshape the analytical, Pak’s poetry opens up new realms of experience. A fellow Korean poet described Pak’s poetry as being “the most exquisite expression of the Korean sense of han,” or melancholy.

Pak Chaesam (1933-1997) wrote fifteen books of poetry and numerous books of essays, and he won many of South Korea's most prestigious literary prizes. David R. McCann is Korea Foundation Professor of Korean Literature at Harvard University. Jiwon Shin is Assistant Professor of East Asian Languages and Cultures at the University of California, Berkeley.

"McCann and Shin have executed what seem to me a perfect set of translations. The work is all of a piece, and all very fine."—Richard Howard, series editor of the Lockert Library of Poetry in Translation, and author of Inner Voices: Selected Poems, 1963-2003

"This translation of selected poems by one of South Korea's most respected lyric poets illuminates his work for the first time in English. These poems do not neglect to remind the reader of irrecoverable time, but insist on the mind's ability to bear the richness of what has been lost, captured in Pak's image of the persimmon, the deep orange fruit arriving late in the year. The poems have been rendered in an evocative English afterlife by the translators. Their decisions, particularly regarding words difficult to translate, prove to be astute and effective. It is a welcome work that fills a large gap in Korean poetry in English."—Ann Y. Choi, Rutgers University