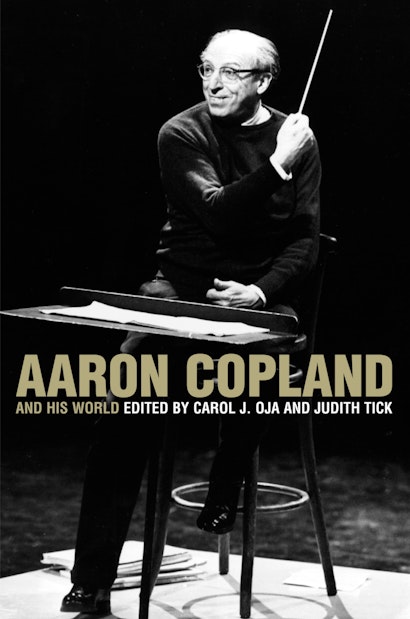 Aaron Copland and His World reassesses the legacy of one of America’s best-loved composers at a pivotal moment — as his life and work shift from the realm of personal memory to that of history. This collection of seventeen essays by distinguished scholars of American music explores the stages of cultural change on which Copland’s long life (1900 to 1990) unfolded: from the modernist experiments of the 1920s, through the progressive populism of the Great Depression and the urgencies of World War II, to postwar political backlash and the rise of serialism in the 1950s and the cultural turbulence of the 1960s.


Continually responding to an ever-changing political and cultural panorama, Copland kept a firm focus on both his private muse and the public he served. No self-absorbed recluse, he was very much a public figure who devoted his career to building support systems to help composers function productively in America. This book critiques Copland’s work in these shifting contexts.

"This [is an] excellent collection of recent scholarly articles on the life and works of America's most beloved composer."—Larry Lipkis, Library Journal

"Here is a wonderful and important collection of essays by on a composer at once familiar and elusive."—Wayne Schneider, Institute for Studies in American Music Newsletter