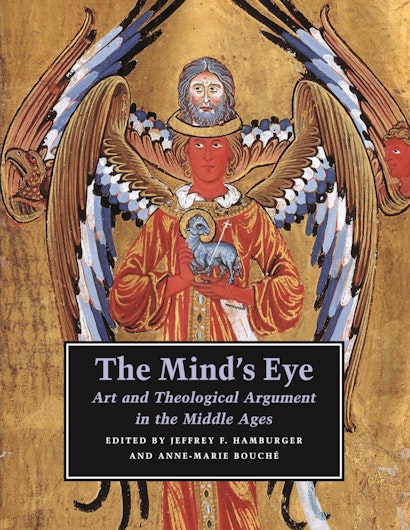 The Mind’s Eye focuses on the relationships among art, theology, exegesis, and literature — issues long central to the study of medieval art, yet ripe for reconsideration. Essays by leading scholars from many fields examine the illustration of theological commentaries, the use of images to expound or disseminate doctrine, the role of images within theological discourse, the development of doctrine in response to images, and the place of vision and the visual in theological thought.


At issue are the ways in which theologians responded to the images that we call art and in which images entered into dialogue with theological discourse. In what ways could medieval art be construed as argumentative in structure as well as in function? Are any of the modes of representation in medieval art analogous to those found in texts? In what ways did images function as vehicles, not merely vessels, of meaning and signification? To what extent can exegesis and other genres of theological discourse shed light on the form, as well as the content and function, of medieval images? These are only some of the challenging questions posed by this unprecedented and interdisciplinary collection, which provides a historical framework within which to reconsider the relationship between seeing and thinking, perception and the imagination in the Middle Ages.

Jeffrey F. Hamburger is Professor in the Department of History of Art & Architecture at Harvard University. His books include St. John the Divine: The Deified Evangelist in Medieval Art and Theology and The Visual and the Visionary: Art and Female Spirituality in Late Medieval Germany. Anne-Marie Bouché is Visiting Assistant Professor in the Department of Art History & Archaeology at Columbia University.

"The Mind's Eye represents the most significant collection of essays on medieval art that has been assembled in recent memory, and its implications for the understanding of medieval art and society will be felt for a long time to come. Rarely does a group of conference proceedings demonstrate such a uniformly high quality of intellectual accomplishment, and credit is due not only to the contributors themselves, but also to the editors for bringing together such an important group of scholars in the first place. Indeed, the volume demonstrates, among other things, the inadequacy of modern disciplinary boundaries in addressing medieval history in general and medieval art in particular; this is a model of what interdisciplinarity should be."—Adam Cohen, University of Toronto