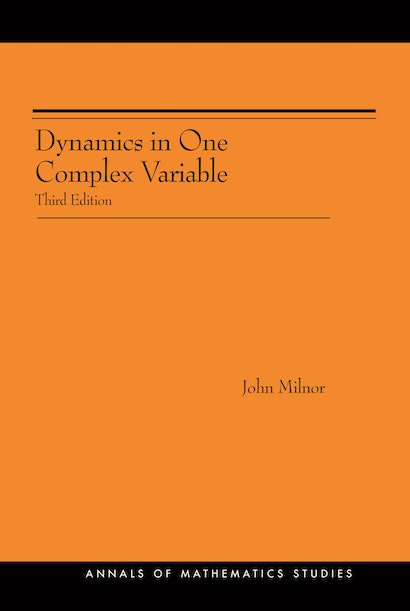 This volume studies the dynamics of iterated holomorphic mappings from a Riemann surface to itself, concentrating on the classical case of rational maps of the Riemann sphere. This subject is large and rapidly growing. These lectures are intended to introduce some key ideas in the field, and to form a basis for further study. The reader is assumed to be familiar with the rudiments of complex variable theory and of two-dimensional differential geometry, as well as some basic topics from topology. This third edition contains a number of minor additions and improvements: A historical survey has been added, the definition of Lattés map has been made more inclusive, and the écalle-Voronin theory of parabolic points is described. The résidu itératif is studied, and the material on two complex variables has been expanded. Recent results on effective computability have been added, and the references have been expanded and updated.


Written in his usual brilliant style, the author makes difficult mathematics look easy. This book is a very accessible source for much of what has been accomplished in the field.

John Milnor is Professor of Mathematics and Co-Director of the Institute for Mathematical Sciences at SUNY, Stony Brook. He is the author of Topology from the Differential Viewpoint, Singular Points of Complex Hypersurfaces, Morse Theory, Introduction to Algebraic K-Theory, Characteristic Classes (with James Stasheff), and Lectures on the H-Cobordism Theorem (Princeton).

"John Milnor's book provides a solid foundation and the kind of bird's eye view that perhaps only a mathematician of his caliber can offer."—William J. Satzer, MAA Reviews