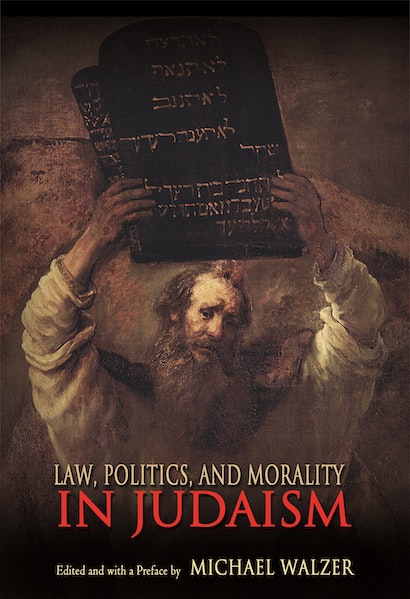 Jewish legal and political thought developed in conditions of exile, where Jews had neither a state of their own nor citizenship in any other. What use, then, can this body of thought be today to Jews living in Israel or as emancipated citizens in secular democratic states? Can a culture of exile be adapted to help Jews find ways of being at home politically today? These questions are central in Law, Politics, and Morality in Judaism, a collection of essays by contemporary political theorists, philosophers, and lawyers.


How does Jewish law accommodate — or fail to accommodate — the practice of democratic citizenship? What range of religious toleration and pluralism is compatible with traditional Judaism? What forms of coexistence between Jews and non-Jews are required by shared citizenship? How should Jews operating within halakha (Jewish law) and Jewish history judge the use of force by modern states?


The authors assembled here by prominent political theorist Michael Walzer come from different points on the religious-secular spectrum, and they differ greatly in their answers to such questions. But they all enact the relationship at issue since their answers, while based on critical Jewish texts, also reflect their commitments as democratic citizens.

Michael Walzer is a permanent member at the Institute for Advanced Study, Princeton. He is the author of The Revolution of the Saints, Just and Unjust Wars, Spheres of Justice, Toleration, and Politics and Passion.

"This volume provides the reader with clear and penetrating discussion of such problems and suggests various models for how to conduct inquiry into them."—Michael L. Morgan, History of Political Thought