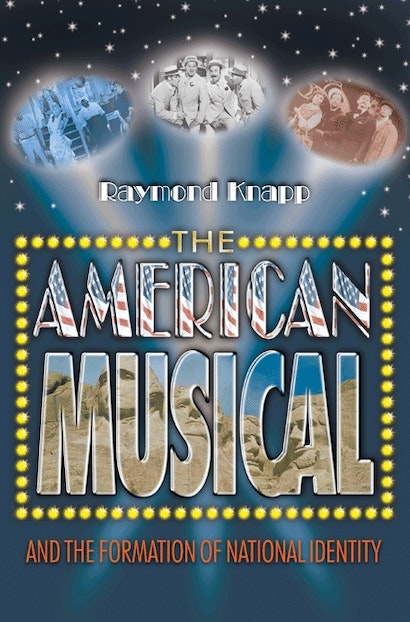 The American musical has achieved and maintained relevance to more people in America than any other performance-based art. This thoughtful history of the genre, intended for readers of all stripes, offers probing discussions of how American musicals, especially through their musical numbers, advance themes related to American national identity.


Written by a musicologist and supported by a wealth of illustrative audio examples (on the book’s website), the book examines key historical antecedents to the musical, including the Gilbert and Sullivan operetta, nineteenth and early twentieth-century American burlesque and vaudeville, Tin Pan Alley, and other song types. It then proceeds thematically, focusing primarily on fifteen mainstream shows from the twentieth century, with discussions of such notable productions as Show Boat (1927), Porgy and Bess (1935), Oklahoma! (1943), West Side Story (1957), Hair (1967), Pacific Overtures (1976), and Assassins (1991).


The shows are grouped according to their treatment of themes that include defining America, mythologies, counter-mythologies, race and ethnicity, dealing with World War II, and exoticism. Each chapter concludes with a brief consideration of available scholarship on related subjects; an extensive appendix provides information on each show discussed, including plot summaries and song lists, and a listing of important films, videos, audio recordings, published scores, and libretti associated with each musical.

Raymond Knapp is Professor in the Department of Musicology at the University of California, Los Angeles. He is the author of Symphonic Metamorposes: Subjectivity and Alienation in Mahler's Re-Cycled Songs and Brahms and the Challenge of the Symphony.

"Knapp does an excellent job of tracing the roots of the musical, avoiding much of the received wisdom. . . . When Knapp focuses on the structure of musicals, and how it works to move us and persuade us, he is very effective. . . ."—Michael Friedman, London Review of Books

"The breadth of Knapp's reading is astonishing, and his discussion of the historical background of the musical is admirable. . . . Knapp writes extremely well, and not only his thoughts but also his suggestions for further study are well organized. So, too, is his consideration of the growth of the American union in the context of Oklahoma!, Guys and Dolls, and The Music Man."—Andrew Lamb, BBC Music Magazine

"Knapp's well-researched and comprehensive presentation transcends the purely musical point of view. In his exploration of the underlying sociocultural fabric of a number of works, he puts the American musical theater on a par with its contemporary arts of jazz and film."—Ken McCoy, History

"This is an intelligent, extremely well-written study which . . . is as valuable for its demonstration of how musicals may be read as for its own insightful readings."—Charles Hamm, Kurt Weil Newsletter

"This close musical analysis, combined with broad cultural comments about the power of the American musical, is highly original and much needed, especially as a teaching textbook."—Alisa Clapp-Itnyre, The Historian

"Raymond Knapp shows that while some musicals have served to reinforce the way people feel about America, many others have helped to challenge aspects of our culture that needed to be changed."—Stephen Peithman, Stage Directions

"[Knapp] offers new insights on each work and writes in an accessible, engaging style. . . . Knapp is . . . most effective . . . at negotiating the tensions . . . between work and context, and between part and whole."—Walter Frisch, Current Musicology

"A stunningly original, breakthrough book whose contribution to musical scholarship will be substantial and exceptionally valuable. This book moves in directions I had never considered, forcing me to think about musicals in a truly fresh way. The author analyzes the music of this repertory in an ingenious (and highly readable) fashion that consistently illuminates connections to historical and critical ideas. It is thus the first book that succeeds in presenting the music of musical theater as a full-fledged cultural and artistic phenomenon, wholly justifying scholarly scrutiny. A brilliant analysis."—Rose Rosengard Subotnik, Brown University

"The most readable, focused, sustained and contextualized study of the genre I've encountered. The author's breadth, experience and reliability as a scholar and teacher shine through on every page."—Stephen Banfield, University of Bristol, UK