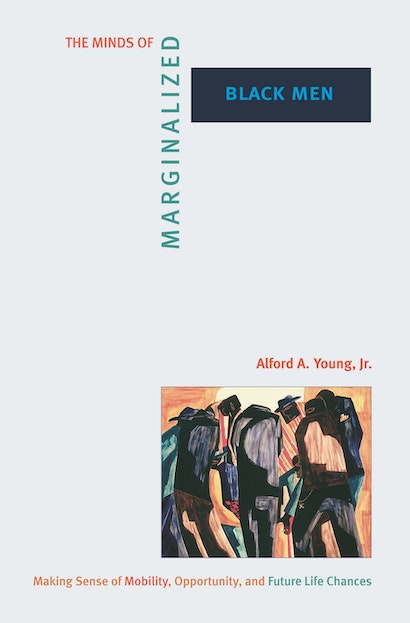 While we hear much about the “culture of poverty” that keeps poor black men poor, we know little about how such men understand their social position and relationship to the American dream. Moving beyond stereotypes, this book examines how twenty-six poverty-stricken African American men from Chicago view their prospects for getting ahead. It documents their definitions of good jobs and the good life — and their beliefs about whether and how these can be attained. In its pages, we meet men who think seriously about work, family, and community and whose differing experiences shape their views of their social world.


Based on intensive interviews, the book reveals how these men have experienced varying degrees of exposure to more-privileged Americans — differences that ground their understandings of how racism and socioeconomic inequality determine their life chances. The poorest and most socially isolated are, perhaps surprisingly, most likely to believe that individuals can improve their own lot. By contrast, men who regularly leave their neighborhood tend to have a wider range of opportunities but also have met with more racism, hostility, and institutional obstacles — making them less likely to believe in the American Dream.


Demonstrating how these men interpret their social world, this book seeks to de-pathologize them without ignoring their experiences with chronic unemployment, prison, and substance abuse. It shows how the men draw upon such experiences as they make meaning of the complex circumstances in which they strive to succeed.

Alford A. Young, Jr., is Associate Professor in the Department of Sociology and in the Center for Afroamerican and African Studies at the University of Michigan.

"This is a book that has stayed with me. It profoundly enriches the reader's understanding of the world inhabited by marginalized black men. Al Young succeeds in moving well beyond common assumptions about the underclass and the often-decried 'culture of poverty' argument to discover how young poor black men understand their social position, the determinants of social mobility (and immobility), and their relationship with the American dream."—Michèle Lamont, Harvard University, author of The Dignity of Working Men

"There are few studies written with such power of voice and ethnographic and theoretical verisimilitude. Young has captured the essence of these men. His elegant and erudite book will add immeasurably to the debate on urban poverty, race, representation, and the ethnography of so-called hard-to-reach populations."—Terry Williams, The New School