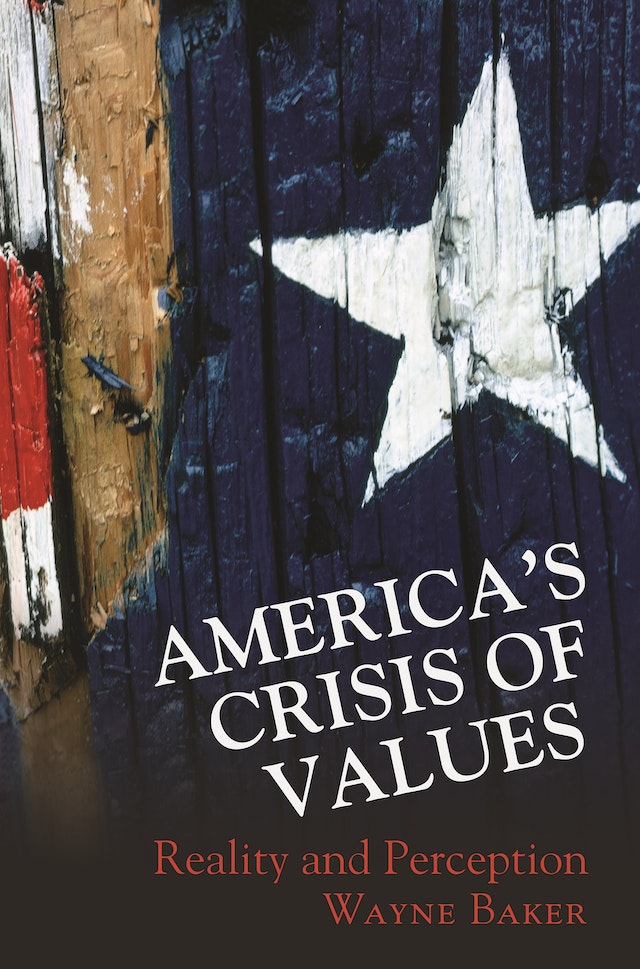 Is America bitterly divided? Has America lost its traditional values? Many politicians and religious leaders believe so, as do the majority of Americans, based on public opinion polls taken over the past several years. But is this crisis of values real?

This book explores the moral terrain of America today, analyzing the widely held perception that the nation is in moral decline. It looks at the question from a variety of angles, examining traditional values, secular values, religious values, family values, economic values, and others. Using unique data from the World Values Surveys, the largest systematic attempt ever made to document attitudes, values, and beliefs around the world, this book systematically evaluates the perceived crisis of values by comparing America’s values with those of over 60 other nations.

The results are surprising. The evidence shows overwhelmingly that America has not lost its traditional values, that the nation compares favorably with most other societies, and that the culture war is largely a myth.

The gap between reality and perception does not represent mass ignorance of the facts or an overblown moral panic, Baker contends. Rather, the widespread perception of a crisis of values is a real and legitimate interpretation of life in a society that is in the middle of a fundamental transformation and that contains growing cultural contradictions. Instead of posing a problem, the author argues, this crisis rhetoric serves the valuable social function of reminding us of what it means to be American. As such, it preserves the ideological foundation of the nation.

"This is an indispensable book to understanding the transformation of American culture on the basis of solid evidence and rigorous methodology. It demonstrates the usefulness of social science to clarify the fundamental debates, which have been obscured by ideology and prejudice. It should be required reading in universities around the world."—Manuel Castells, Professor of Communication andWallis Annenberg Chair in Communication Technology and Society, University of Southern California

"This is by far the most complete and comprehensive empirical examination of the topic. A significant contribution to the field."—John H. Evans, University of California, San Diego

"America's Crisis of Values is the most sophisticated account we have of opinion and value polarization in cross-national perspective. Clear, accessible, and loaded with evidence, it makes a uniquely valuable contribution by placing the U.S. case in a much broader context; distinguishing polarization of values from polarization of policy preferences (and demonstrating how surprisingly weak is the link between the two); and by showing where each has been growing or declining around the world. This book is required reading for any social scientist concerned with the "culture wasr" and the issues surrounding themt."—Paul DiMaggio, Princeton University

"Amid continuing speculation about culture wars and an erosion of traditional values, Wayne Baker has produced a valuable study grounded in an extensive examination of empirical data. Optimists and pessimists alike should read this book carefully—for both will find surprises that challenge their preconceived ideas."—Robert Wuthnow, Princeton University