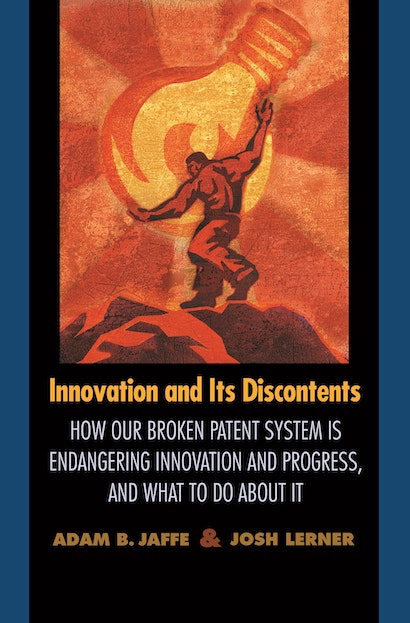 The United States patent system has become sand rather than lubricant in the wheels of American progress. Such is the premise behind this provocative and timely book by two of the nation’s leading experts on patents and economic innovation.

Innovation and Its Discontents tells the story of how recent changes in patenting — an institutional process that was created to nurture innovation — have wreaked havoc on innovators, businesses, and economic productivity. Jaffe and Lerner, who have spent the past two decades studying the patent system, show how legal changes initiated in the 1980s converted the system from a stimulator of innovation to a creator of litigation and uncertainty that threatens the innovation process itself.


In one telling vignette, Jaffe and Lerner cite a patent litigation campaign brought by a a semi-conductor chip designer that claims control of an entire category of computer memory chips. The firm’s claims are based on a modest 15-year old invention, whose scope and influenced were broadened by secretly manipulating an industry-wide cooperative standard-setting body.


Such cases are largely the result of two changes in the patent climate, Jaffe and Lerner contend. First, new laws have made it easier for businesses and inventors to secure patents on products of all kinds, and second, the laws have tilted the table to favor patent holders, no matter how tenuous their claims.


After analyzing the economic incentives created by the current policies, Jaffe and Lerner suggest a three-pronged solution for restoring the patent system: create incentives to motivate parties who have information about the novelty of a patent; provide multiple levels of patent review; and replace juries with judges and special masters to preside over certain aspects of infringement cases.


Well-argued and engagingly written, Innovation and Its Discontents offers a fresh approach for enhancing both the nation’s creativity and its economic growth.

Adam B. Jaffe is Professor of Economics and Dean of Arts and Sciences at Brandeis University. He is the author, with Manuel Trajtenberg, of Patents, Citations, and Innovations: A Window on the Knowledge Economy. Josh Lerner is Jacob H. Schiff professor of Investment Banking at Harvard Business School, with a joint appointment in the Finance and the Entrepreneurial Management Units. His books include The Money of Invention. 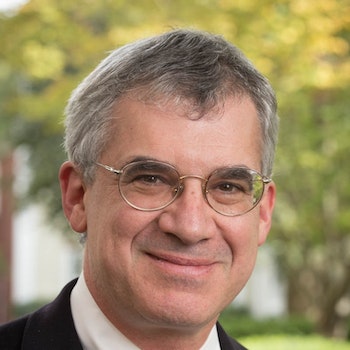 "A disturbing analysis of how the patent system, the heart of the knowledge economy, is rotten. With plenty of examples, the authors explain how America's patent system has become slow and bureaucratic, awarding too many patents for the wrong sorts of things. As a result, it is a threat to this most innovative economy."—Economist

"This book sounds an alarm bell that is hard to ignore since this is a policy area, which is very important for the national interests of the United States. The authors maintain that the present patent system in this country is profoundly flawed."—Giuseppe Ammendola, American Foreign Policy Interests

"This is a timely and concise book that presents a comprehensive and convincing argument about the not-so-explicit changes in U.S. patent law beginning in 1982, changes that the authors argue have broken a patent system that worked previously."—Zainub Verjee, Leonardo Reviews

"Adam Jaffe and Josh Lerner have given us a wonderfully timely book—and also one that is beautifully executed. If Congress is to reform the system, the public ought to understand its current failings."—Rochelle Dreyfuss, Michigan Law Review

"The authors should be applauded for their straight-forward approach and their focus on definite practices such as the patent application process. With elucidating, often entertaining examples this book would be appropriate as supplemental text for students and scholars of intellectual property rights."—Erik N. Dean, Journal of Economic Issues

"An extraordinarily lucid and engaging exposition of our patent system: why we need it, where it came from, how it works, what is wrong with it, and how to fix it. Indispensable for anyone interested in the role of intellectual property rights and technological change in our economy. Whoever said economists cannot write well?"—Joel Mokyr, Northwestern University

"Jaffe and Lerner's arguments are persuasive and their recommendations sensible. The book makes a very significant contribution to the current debates on patent policy."—Bronwyn Hall, University of California, Berkeley

"This is a valuable and timely book by two highly regarded experts in the field. It is an extremely well-written and well argued work that shows how the patent system has evolved in disturbing ways over the past two decades."—Brian Kahin, University of Michigan

"Patents are at the heart of the process of economic growth, and the process is suffering from a powerful form of cardiac disease. This fascinating book provides an illuminating diagnosis as well as compelling therapy. Its findings have towering importance, not just for lawyers and economists, but for the future standard of living of us all."—Peter L. Bernstein, author of Against the Gods: The Remarkable Story of Risk