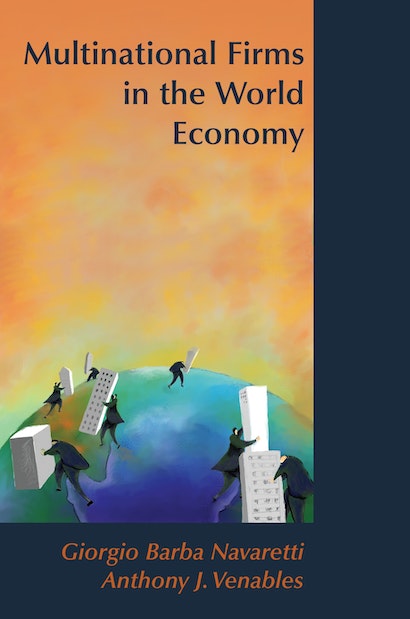 Depending on one’s point of view, multinational enterprises are either the heroes or the villains of the globalized economy. Governments compete fiercely for foreign direct investment by such companies, but complain when firms go global and move their activities elsewhere. Multinationals are seen by some as threats to national identities and wealth and are accused of riding roughshod over national laws and of exploiting cheap labor. However, the debate on these companies and foreign direct investment is rarely grounded on sound economic arguments.


This book brings clarity to the debate. With the contribution of other leading experts, Giorgio Barba Navaretti and Anthony Venables assess the determinants of multinationals’ actions, investigating why their activity has expanded so rapidly, and why some countries have seen more such activity than others. They analyze their effects on countries that are recipients of inward investments, and on those countries that see multinational firms moving jobs abroad. The arguments are made using modern advances in economic analysis, a case study, and by drawing on the extensive empirical literature that assesses the determinants and consequences of activity by multinationals. The treatment is rigorous, yet accessible to all readers with a background in economics, whether students or professionals. Drawing out policy implications, the authors conclude that multinational enterprises are generally a force for the promotion of prosperity in the world economy.

Giorgio Barba Navaretti is Professor of International Economics at the University of Milan and Scientific Director of the Centro Studi Luca d'Agliano. He has coauthored and coedited a number of books, most recently Labour Markets, Poverty, and Development (Oxford University Press, 1999). Anthony J. Venables is Chief Economist, Department for International Development, London, Professor of International Economics, at the London School of Economics and a research fellow at the Centre for Economic Policy Research. He is the coauthor (with Masahisa Fujita and Paul Krugman) of The Spatial Economy: Cities, Regions and International Trade.

"This lucid, authoritative and comprehensive book will be of great value to anyone interested in the role of multinational enterprises in the modern world."—John Driffill, Times Higher Education Supplement

"[This book] is an extremely welcome addition to the literature and profession. . . . [Multinational Firms in the World Economy] fills a very important niche of bringing together our current knowledge of multinational firm behavior and their economic effects on parent and host countries."—Bruce A. Blonigen, Journal of International Economics

"This work is a valuable addition to the literature and will be of tremendous service to graduate students, scholars, and policy makers interested in multinational enterprises and foreign direct investment."—Gordon Hanson, University of California, San Diego

"This fine book contributes substantially to the large and rapidly growing literature on multinational corporations. It goes beyond other recent work in providing a much broader review of the theory, empirical aspects, and the impact on home and host nations. Its integration of theory and evidence is particularly nice; and its discussion of policy is also very welcome, since this is often overlooked in the serious literature."—Richard E. Baldwin, Graduate Institute of International Studies, Geneva, coauthor of Economic Geography and Public Policy, managing editor of the journal Economic Policy

"This book presents a comprehensive analysis of the economics of multinational enterprises. It thoroughly assesses what they are, why they exist, and what their economic impact on home and host countries is. It is a well-rounded analysis. Representing a rare attempt to bring together several important strands in the literature on the economics of multinationals, combining theory and rigorous econometric work, it will be of wide interest not only to researchers of these issues but also to students, policy makers, and interested general readers."—Holger Görg, University of Nottingham