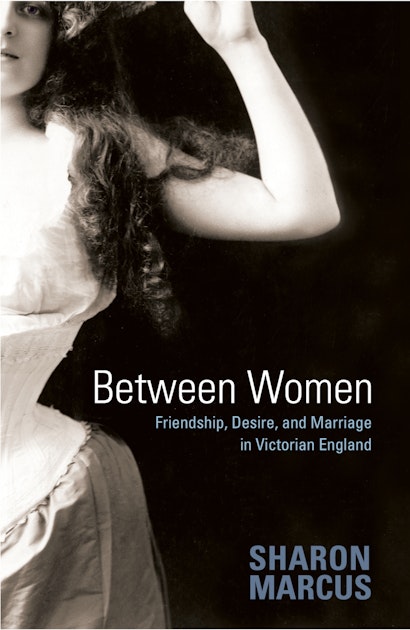 Women in Victorian England wore jewelry made from each other’s hair and wrote poems celebrating decades of friendship. They pored over magazines that described the dangerous pleasures of corporal punishment. A few had sexual relationships with each other, exchanged rings and vows, willed each other property, and lived together in long-term partnerships described as marriages. But, as Sharon Marcus shows, these women were not seen as gender outlaws. Their desires were fanned by consumer culture, and their friendships and unions were accepted and even encouraged by family, society, and church. Far from being sexless angels defined only by male desires, Victorian women openly enjoyed looking at and even dominating other women. Their friendships helped realize the ideal of companionate love between men and women celebrated by novels, and their unions influenced politicians and social thinkers to reform marriage law.


Through a close examination of literature, memoirs, letters, domestic magazines, and political debates, Marcus reveals how relationships between women were a crucial component of femininity. Deeply researched, powerfully argued, and filled with original readings of familiar and surprising sources, Between Women overturns everything we thought we knew about Victorian women and the history of marriage and family life. It offers a new paradigm for theorizing gender and sexuality — not just in the Victorian period, but in our own.

Sharon Marcus is Associate Professor of English and Comparative Literature at Columbia University. She is the author of Apartment Stories: City and Home in Nineteenth-Century Paris and London. 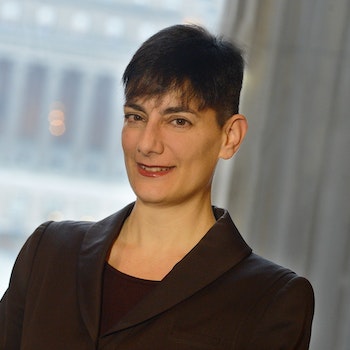 "Sharon Marcus adduces a variety of evidence to make a compelling case that such relationships were omnipresent and, far from being framed in terms of envy and rivalry between women, or as dangerously and transgressively competing with women's relationships with men, they were conceived of as benign and desirable and contributing helpfully to the network of connections supporting heterosexual unions. . . . [T]his is an outstanding study of a neglected phenomenon."—Lesley Hall, Times Higher Education Supplement

"The study's packed scholarly discourse will doubtless create new dialogue about these gender descriptions and their implications for the modern day. Abundant chapter notes and primary and secondary bibliographic entries make this a good research source."—S.A. Parker, Choice

"Between Women is one of those books that instantly, radically, and convincingly alters your understanding of terrain you thought you couldn't know any better...Marcus powerfully revises more than a century's worth of theory, arguing persuasively that women are capable of objectifying women, that women possess the gaze, as well as the capacity for domination, and that women's homoerotic desire was fully compatible with heterosexuality and femininity.... Between Women has important things to say, not just to Victorianists, literary critics, feminists, and queer theorists, but to all of us."—Rebecca Steinitz, Women's Review of Books

"Every once in a while a book comes along that, in offering readers an in-depth and provocative assessment of an archive, promises to change—irreversibly—a field or two. Between Women is such a study."—Carla Freccero, Gay and Lesbian Quarterly

"This is a provocative exploration of the relationships between Victorian women, which should make historians rethink the paradigms within which they address both female friendship and gender and sexuality. . . . In displacing the 'lesbian' from its field of view, this book is a powerful shining example of what 'becomes thinkable' if contemporary identity categories—even identity itself—are set aside. In effect, Marcus kicks out the conceptual foundations on which 'lesbian and gay studies' rests."—Matt Houlbrook, American Historical Review

"The richness of sources incorporated in this work should be beneficial to any reader interested in the issue of gender and sexuality in the nineteenth century."—Isaac Yue, H-Net Reviews

"The history of gender and sexuality becomes much more interesting, difficult, and subtle after [reading] Between Women. Reading the love and affection of nineteenth-century women now requires a new level of care and historical self-consciousness that may be painful to possess, as it will remind us of our own losses—of the affection, eroticism, attachment, encouragement, and tremendous fun between the ordinary women—real and fictional—Marcus has so valiantly reimagined, recovered, and recorded."—Elaine Freedgood, Romanticism and Victorianism on the Net

"Between Women offers the satisfactions of a major intervention; it is sure to become canonical in Victorian studies, feminist literary criticism, queer studies, and studies of marriage, the family, and the novel."—Heather Love, Novel: A Forum on Fiction

"Between Women is a compelling and innovative study that reveals the centrality of women's relationships in rnainstream Victorian life. . . . Marcus's new book is a rich and exciting addition to scholarship on gender, sexuality, and relationships. . . . It is significant scholarship and a very pleasurable read."—Jill Rappoport, Tulsa Studies in Women's Literature

"Between Women is a real achievement, one of those landmark books that exposes to us a different past from that to which we had been accustomed. It is likely to generate a long and lively debate, and to reshape the field of family, gender and sexuality studies."—Victoria E. Thompson, English Historical Review

"Between Women literally shifts our understanding of how the history of sexuality and gender norms ought to be written. Sharon Marcus's groundbreaking text finally offers us a framework for thinking about the social and sexual bonds among women and their centrality to the history of gender, sexuality, marriage, and the family. Working with a wide array of texts, Marcus brilliantly shows how literary studies can enter into both social history and contemporary politics. Her final reflections on gay and lesbian marriage make clear the high stakes and pressing conceptual implications for our time of this kind of critical and capacious work."—Judith Butler, University of California, Berkeley

"This magnificent and impressive book offers us what Foucault would have called a 'history of the present': not only does it completely transform our perception of the past, but, in so doing, it also newly illuminates the debates and struggles that are ours, today."—Didier Eribon, author of Michel Foucault and Insult and the Making of the Gay Self

"Between Women is not only a first-rate Victorianist study, it is also the most original work on gender and sexuality to appear in years—one that promises to shake up feminist theory and queer theory in all the right ways. A densely researched book, as academically sound as it is intellectually thrilling."—Diana Fuss, Princeton University

"This is a superb work of scholarship, beautifully conceived and written, that will change our views of Victorian women, men, society, and culture. Sharon Marcus's argument that the Victorians viewed intense and passionate female relationships as a vital precursor and stimulus for heterosexual marriage is persuasive. What she has accomplished is the most difficult of intellectual projects: seeing what is in plain sight and yet has not been noticed because of our cultural preconceptions, and then using her findings to recast an entire field."—Bonnie S. Anderson, City University of New York