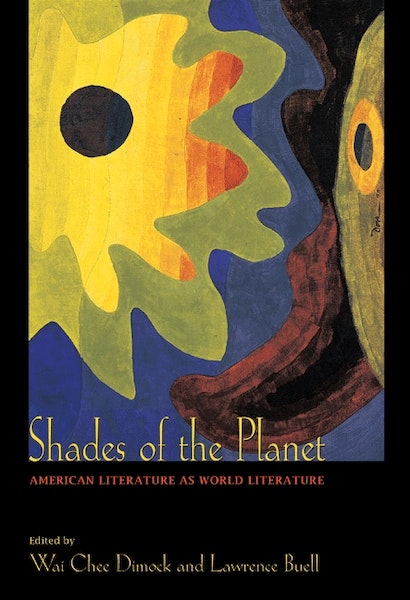 In a globalizing age, studying American literature in isolation from the rest of the world seems less and less justified. But is the conceptual box of the nation dispensable? And what would American literature look like without it?Leading scholars take up this debate in Shades of the Planet, beginning not with the United States as center, but with the world as circumference. This reversed frame yields a surprising landscape, alive with traces of West Africa, Eastern Europe, Iran, Iraq, India, China, Mexico, and Australia. The Broadway musical Oklahoma! has aboriginal antecedents; Black English houses an African syntax; American slavery consorts with the Holocaust; Philip Roth keeps company with Milan Kundera; the crime novel moves south of the border; and R. P. Blackmur lectures in Japan. A national literature becomes haunted by the world when that literature is seen extending to the Pacific, opening up to Islam, and accompanying African-American authors as they travel. Highlighting American literature as a fold in a planet-wide fabric, this pioneering volume transforms the field, redrawing its institutional as well as geographical map.The contributors are Rachel Adams, Jonathan Arac, Homi K. Bhabha, Lawrence Buell, Wai Chee Dimock, Susan Stanford Friedman, Paul Giles, David Palumbo-Liu, Ross Posnock, Joseph Roach, and Eric J. Sundquist.

"Shades of the Planet is a distinguished and challenging contribution to a growing body of criticism that seeks to internationalize the study of American writing. When English departments throughout the United States forsake old national coordinates to devote themselves to the study of all, or at least most, of the literatures written in English, something significant has happened. These essays, written by some of the leading representatives of the discipline, enact a variety of ways to engage with this development. This is the right book at the right time."—Giles Gunn, University of California, Santa Barbara

"Investigating how American literature changes when understood in international, transnational, and global contexts, Shades of the Planet contains interesting and original contributions from some of today's most important Americanists. I recommend it enthusiastically."—John Carlos Rowe, University of Southern California