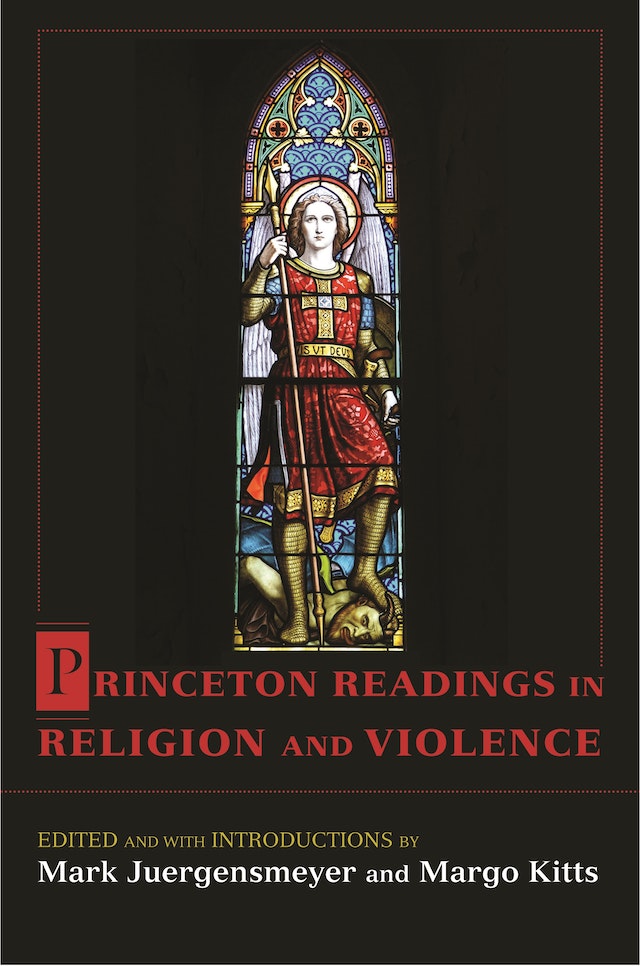 This groundbreaking anthology provides the most comprehensive overview for understanding the fascinating relationship between religion and violence — historically, culturally, and in the contemporary world. Bringing together writings from scholarly and religious traditions, it is the first volume to unite primary sources — justifications for violence from religious texts, theologians, and activists — with invaluable essays by authoritative scholars.

The first half of the collection includes original source materials justifying violence from various religious perspectives: Hindu, Chinese, Christian, Muslim, Jewish, and Buddhist. Showing that religious violence is found in every tradition, these sources include ancient texts and scriptures along with thoughtful essays from theologians wrestling with such issues as military protection and pacifism. The collection also includes the writings of modern-day activists involved in suicide bombings, attacks on abortion clinics, and nerve gas assaults. The book’s second half features well-known thinkers reflecting on why religion and violence are so intimately related and includes excerpts from early social theorists such as Durkheim, Marx, and Freud, as well as contemporary thinkers who view the issue of religious violence from literary, anthropological, postcolonial, and feminist perspectives. The editors’ brief introductions to each essay provide important historical and conceptual contexts and relate the readings to one another. The diversity of selections and their accessible length make this volume ideal for both students and general readers.

Mark Juergensmeyer is professor of sociology and global studies at the University of California, Santa Barbara. His many books include Terror in the Mind of God. Margo Kitts is associate professor of humanities at Hawai'i Pacific University. She is the author of Sanctified Violence in Homeric Society.

"An outstanding contribution to the literature on religion and violence. This anthology of twenty-five writings about religious violence, from classical religious texts, contemporary religious activists, and scholarly interpretations of religious violence in its symbolic forms, is sure to become the foundational source book for this emerging field of study."—Donald K. Swearer, Swarthmore College and Harvard Divinity School

"This brilliantly compiled compendium explores the complex relationship between religion and violence. The readings, which span two millennia, force us to confront a painful truth—those who aim to kill in the name of God will find legitimacy in carefully selected sacred texts. Highly recommended for anyone hoping to understand humanity's persistent attraction to holy war and sacrifice."—Jessica Stern, Harvard University

"Violence and terror in the name of God are as old as religion itself. Princeton Readings in Religion and Violence is a timely and important collection that will be welcomed by experts and students alike. Its combination of religious texts with writings of theologians, philosophers, social scientists, and religious extremists, offers a unique approach to understanding the origins, nature, history, and justification of violence in religions' holy and unholy wars."—John L. Esposito, Georgetown University

"This book introduces readers to primary sources regarding various justifications of violence by diverse religions and to interpreters who address the integral relationship between the two. The authors provide helpful introductions to each selection, together with thoughtful syntheses in the introductory and concluding essays of the book."—June O'Connor, University of California, Riverside

"The topic of religion and violence has become a prominent concern in religious studies, and, by linking sacrifice, religion, and violence, this book makes a valuable contribution to the field. The book's handy format will make it a useful resource for general readers, scholars, and students."—Bruce Chilton, author of Abraham's Curse: The Roots of Violence in Judaism, Christianity, and Islam

"This is a fascinating and instructive collection of carefully chosen excerpts from sacred texts and chronicles, first-person essays, chapters, and other primary source documents, as well as classic sociological, psychological, and theoretical treatises—each addressing the link between religion and violence. The collection examines a topic that is rich in significance for theorists as well as readers of the daily headlines, and is a terrific sourcebook for students and teachers."—Scott Appleby, University of Notre Dame