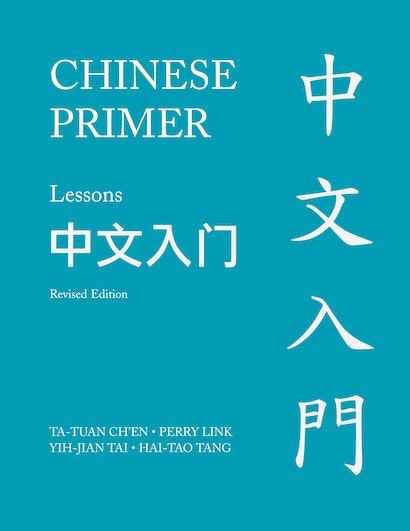 This revised and updated edition of the Chinese Primer — an introductory textbook in wide use for more than a decade — uses proven techniques to put beginning learners of Mandarin Chinese on the path toward true mastery. The goal of the book is internalization — to lead students to adopt Chinese as one of their own languages and not to regard it merely as an object of study and translation.


Like its earlier edition, The Chinese Primer: Revised Edition is composed of three integrated volumes: (1) the Blue Book [Lessons]: introduction; foundation work on pronunciation; lesson dialogues in romanized Chinese and English; appendices; glossary-index; (2) the Red Book [Notes and Exercises]: vocabularies; grammar notes and culture notes keyed to the lessons; exercises; and (3) the Yellow Book [Character Workbook]. (There is also a fourth volume, the Green Book [Pinyin Character Text], which is sold separately.) Texts of the lessons are in both traditional and simplified Chinese characters, and there is a Chinese introduction for teachers.