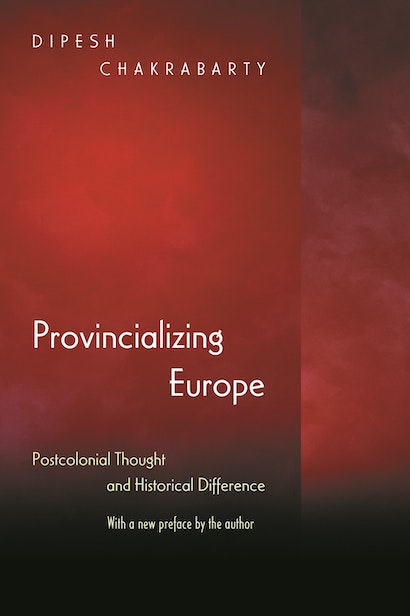 First published in 2000, Dipesh Chakrabarty’s influential Provincializing Europe addresses the mythical figure of Europe that is often taken to be the original site of modernity in many histories of capitalist transition in non-Western countries. This imaginary Europe, Dipesh Chakrabarty argues, is built into the social sciences. The very idea of historicizing carries with it some peculiarly European assumptions about disenchanted space, secular time, and sovereignty. Measured against such mythical standards, capitalist transition in the third world has often seemed either incomplete or lacking. Provincializing Europe proposes that every case of transition to capitalism is a case of translation as well — a translation of existing worlds and their thought — categories into the categories and self-understandings of capitalist modernity. Now featuring a new preface in which Chakrabarty responds to his critics, this book globalizes European thought by exploring how it may be renewed both for and from the margins.

Dipesh Chakrabarty is the Lawrence A. Kimpton Distinguished Service Professor in History, South Asian Languages and Civilizations, and the College at the University of Chicago. He is the author of Rethinking Working-Class History: Bengal 1890-1940.

"Chakrabarty's work gives us a richer, more penetrating language to deal with modernity and the colonial encounter. . . . It is the ambiguity of Chakabarty's own position as both a critic and archivist of modernity that gives his study its poetic undertow and its intelligent irresponsibility."—Amit Chaudhuri, London Review of Books

"The great value of this book lies in Chakrabarty's exceptional ability to bring to light what constantly gets glossed over and forgotten when we can only speak the standard languages of the academy. To do this requires the kind of bilingual consciousness which can bring into illuminating relation Adam Smith and Tagore. Chakrabarty makes you regret that so few are capable of doing this with a high degree of eloquence and insight."—Charles Taylor, IWM Newsletter

"This masterful re-examination of rationality, universality, and difference in the postcolonial world should prove inspiring for serious historians of all lands."—Alice Ballard, Theory and Society

"A slow, detailed, careful reading of the author's positively provocative style will be rich in rewards, generating, in the reader's mind, new ideas with new questions pointing to interdisciplinary, inter-cultural research, dialogue. As a reference reading text, it is rich in direct and implied questions on intricate inter-cultural interactions, gaps in communication, etc. As a discourse on basic themes of socio-political modernism and cultural diversity, it is more a starting point than a store of conclusions on debate dealing with cardinal themes pointing to research in inter-cultural and intersocietal studies. His dialectic, constructive discourse is keen on generating lasting questions and not dogmatic, ephemeral answers."—Wahé H. Balekjian, Online Journal on International Constitutional Law

"[T]he analysis of the processes and mechanisms of destruction are well worth reading."—Joyce Apsel, Human Rights Review

"Giovanni Federico . . . has compiled an exhaustive and impressive array of historical socioeconomic data heretofore unavailable in one source. . . . One of the book's strengths is the remarkable level of detail and the carefully assembled historical data. It is a rare sort of book and Federico tells the story of agriculture in a very interesting way. His mastery of the subject is plainly visible throughout the book. . . . This is not a text that can be used in undergraduate courses; rather, it is an analysis of economic performance and the history of agriculture that should be core reading for advanced students of agriculture and researchers. It will be a major reference for the foreseeable future and should be on the shelf of every agricultural scientist and anyone else interested in the historical and economic aspects of agriculture."—Krishna Prasad Vadrevu, Development and Change