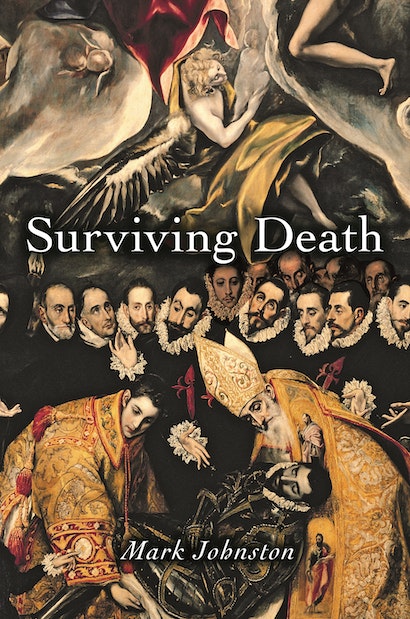 In this extraordinary book, Mark Johnston sets out a new understanding of personal identity and the self, thereby providing a purely naturalistic account of surviving death.

Death threatens our sense of the importance of goodness. The threat can be met if there is, as Socrates said, “something in death that is better for the good than for the bad.” Yet, as Johnston shows, all existing theological conceptions of the afterlife are either incoherent or at odds with the workings of nature. These supernaturalist pictures of the rewards for goodness also obscure a striking consilience between the philosophical study of the self and an account of goodness common to Judaism, Christianity, Hinduism, and Buddhism: the good person is one who has undergone a kind of death of the self and who lives a life transformed by entering imaginatively into the lives of others, anticipating their needs and true interests. As a caretaker of humanity who finds his or her own death comparatively unimportant, the good person can see through death.

But this is not all. Johnston’s closely argued claims that there is no persisting self and that our identities are in a particular way “Protean” imply that the good survive death. Given the future-directed concern that defines true goodness, the good quite literally live on in the onward rush of humankind. Every time a baby is born a good person acquires a new face.

Mark Johnston is the Walter Cerf Professor of Philosophy at Princeton University and the author of Saving God: Religion after Idolatry (Princeton).

"[P]acked with illuminating philosophical reflection on the question of what we are, and what it is for us to persist over time—on the relations among selves, persons, human beings, bodies and souls."—Thomas Nagel, Times Literary Supplement

"[Johnston] reveals himself to be an engaging wit, a swaggering polymath, and . . . a major talent."—Jacques Berlinerblau, Chronicle of Higher Education

"Mark Johnston's Surviving Death is an immensely interesting book. While it is not without technical discussions of issues in philosophy of mind, philosophy of language, and personal identity, it is also a very readable book—and one that, despite some modest technicality, lets its author's personality shine through. . . . Surviving Death is a provocative, engaging, and worthwhile book. It is certain to re-invigorate our thinking about the prospects that the good allows in relation to our mortality."—J. Jeremy Wisnewski, Philosophy in Review

"This outstanding book presents original and indeed brave views on a broad range of issues that are of compelling significance not only to philosophers but also to thinking people more generally. The argument proceeds with great subtlety and sophistication and shows a masterful grasp of philosophy, religion, and the arts. The book is also superbly written—pellucid, stylish, engaging, and at points richly humorous. A tour de force."—Michael Forster, University of Chicago

"This is a major and highly original work of philosophy that culminates in a fascinating argument that, without making any supernatural assumptions, one can literally survive bodily death. The book is elegantly written and the promise of a breathtaking conclusion pulls the reader along."—Alex Byrne, Massachusetts Institute of Technology