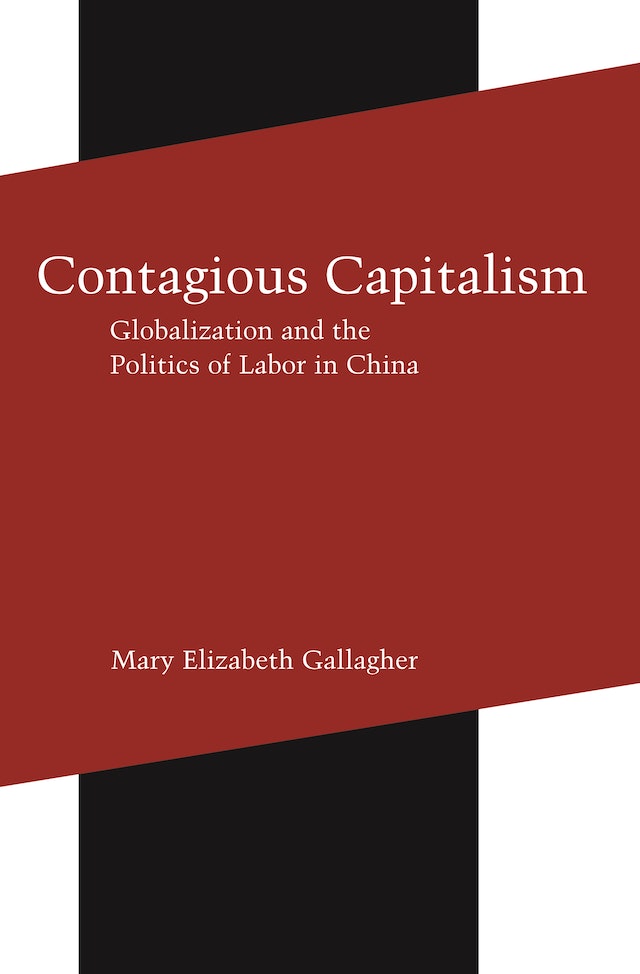 One of the core assumptions of recent American foreign policy is that China’s post-1978 policy of “reform and openness” will lead to political liberalization. This book challenges that assumption and the general relationship between economic liberalization and democratization. Moreover, it analyzes the effect of foreign direct investment (FDI) liberalization on Chinese labor politics.


Market reforms and increased integration with the global economy have brought about unprecedented economic growth and social change in China during the last quarter of a century. Contagious Capitalism contends that FDI liberalization played several roles in the process of China’s reforms. First, it placed competitive pressure on the state sector to produce more efficiently, thus necessitating new labor practices. Second, it allowed difficult and politically sensitive labor reforms to be extended to other parts of the economy. Third, it caused a reformulation of one of the key ideological debates of reforming socialism: the relative importance of public industry. China’s growing integration with the global economy through FDI led to a new focus of debate — away from the public vs. private industry dichotomy and toward a nationalist concern for the fate of Chinese industry.


In comparing China with other Eastern European and Asian economies, two important considerations come into play, the book argues: China’s pattern of ownership diversification and China’s mode of integration into the global economy. This book relates these two factors to the success of economic change without political liberalization and addresses the way FDI liberalization has affected relations between workers and the ruling Communist Party. Its conclusion: reform and openness in this context resulted in a strengthened Chinese state, a weakened civil society (especially labor), and a delay in political liberalization.

Mary Elizabeth Gallagher is Assistant Professor of Political Science at the University of Michigan, Ann Arbor. She is also a faculty associate of the Center for Chinese Studies and the Institute for Labor and Industrial Relations.

"[A] rich and insightful study that contributes significantly to the research on the relationship between political and economic reform."—Doug Guthrie, China Quarterly

"The text makes a particularly important contribution to our understanding of China as a model of economic growth and development."—Satya J. Gabriel, Journal of Politics

"This is an essential read for anyone interested in any aspect of the political economy of modern China because the book expertly draws together many strands of analysis and evidence to provide a detailed and powerful argument on the relation between economic development and political stability. [A] must-read for anyone interested in either China's reform or labor studies at graduate and scholarly levels."—Bill Taylor, China Journal

"Contagious Capitalism is a first-rate book that presents an important, new argument about Chinese political economy and reform. Well-written and thoroughly researched, it makes a novel contribution to the literature."—Marc Blecher, Oberlin College

"The relationship between foreign direct investment and the evolution of labor reforms in China is much misunderstood. This book contributes in significant ways to this important area of knowledge."—Doug Guthrie, New York University