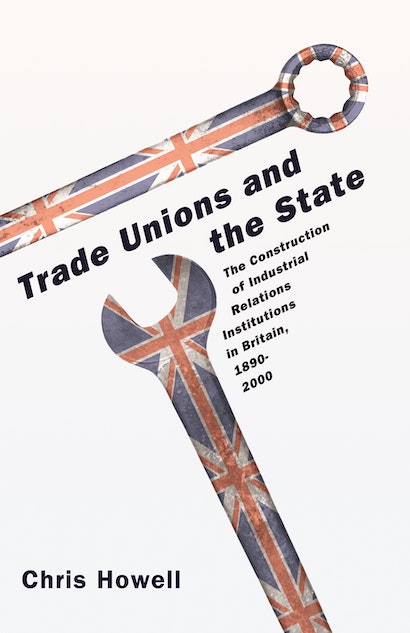 The collapse of Britain’s powerful labor movement in the last quarter century has been one of the most significant and astonishing stories in recent political history. How were the governments of Margaret Thatcher and her successors able to tame the unions?


In analyzing how an entirely new industrial relations system was constructed after 1979, Howell offers a revisionist history of British trade unionism in the twentieth century. Most scholars regard Britain’s industrial relations institutions as the product of a largely laissez faire system of labor relations, punctuated by occasional government interference. Howell, on the other hand, argues that the British state was the prime architect of three distinct systems of industrial relations established in the course of the twentieth century. The book contends that governments used a combination of administrative and judicial action, legislation, and a narrative of crisis to construct new forms of labor relations.


Understanding the demise of the unions requires a reinterpretation of how these earlier systems were constructed, and the role of the British government in that process. Meticulously researched, Trade Unions and the State not only sheds new light on one of Thatcher’s most significant achievements but also tells us a great deal about the role of the state in industrial relations.

Chris Howell is Professor of Politics at Oberlin College. He is the author of Regulating Labor: The State and Industrial Relations Reform in Postwar France (Princeton), and numerous articles on British and French industrial relations and labor politics.

"Howell writes directly and clearly. He integrates into his study the concepts of many authors and his research is current. . . . Howell has created a work of merit and it deserves the attention and respect of students of the British industrial relations."—James W. Stitt, EH.net

"Howell's work . . . well repays a careful reading. In less than 200 pages of text, he reinterprets British history, and points toward a new approach to understanding some of the central questions of our time. I recommend Trade Unions and the State without reservation."—Gerald Friedman, Industrial and Labor Relations Review

Trade Unions and the State is a powerful rewriting of the UK story, one whose strength derives from its capacity to link a detailed and scholarly understanding of industrial relations detail with a wider theoretical framework. Well organized and elegantly written, it is a major contribution to the field of industrial relations."—David Coates, Wake Forest University

"Howell's masterful reinterpretation of a century of British industrial relations will force a fundamental reappraisal of the field, with far-reaching implications. This book will become the benchmark for future debate."—Joel Krieger, Wellesley College