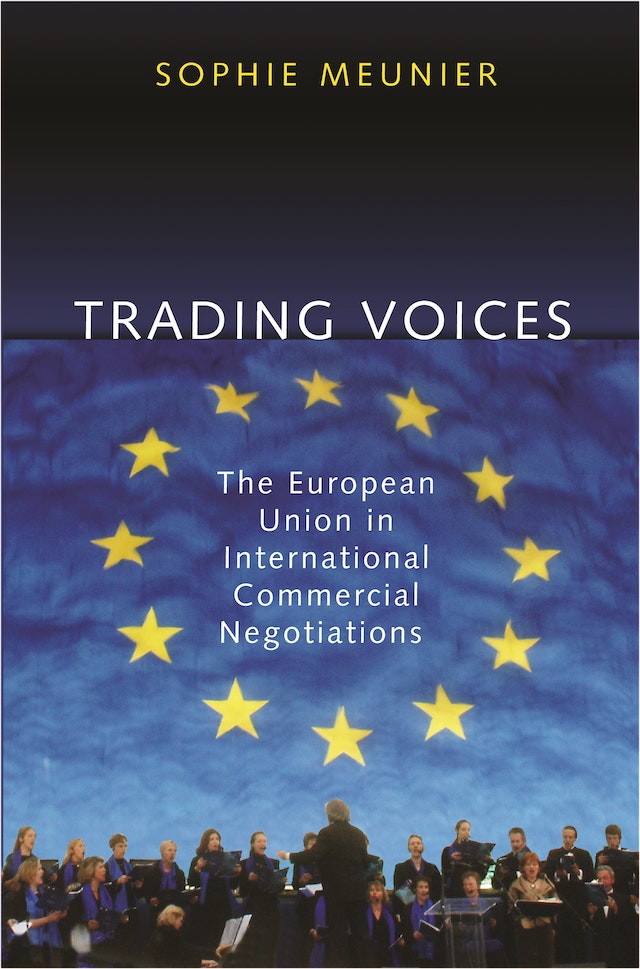 The European Union, the world’s foremost trader, is not an easy bargainer to deal with. Its twenty-five member states have relinquished most of their sovereignty in trade to the supranational level, and in international commercial negotiations, such as those conducted under the World Trade Organization, the EU speaks with a “single voice.” This single voice has enabled the Brussels-based institution to impact the distributional outcomes of international trade negotiations and shape the global political economy.

Trading Voices is the most comprehensive book about the politics of trade policy in the EU and the role of the EU as a central actor in international commercial negotiations. Sophie Meunier explores how this pooling of trade policy-making and external representation affects the EU’s bargaining power in international trade talks. Using institutionalist analysis, she argues that its complex institutional procedures and multiple masters have, more than once, forced its trade partners to give in to an EU speaking with a single voice.

Through analysis of four transatlantic commercial negotiations over agriculture, public procurement, and civil aviation, Trading Voices explores the politics of international trade bargaining. It also addresses the salient political question of whether efficiency at negotiating comes at the expense of democratic legitimacy. Finally, this book looks at how the EU, with its recent enlargement and proposed constitution, might become an even more formidable rival to the United States in shaping globalization.

"Trading Voices is the most theoretically sophisticated, wide-ranging, and compelling book yet on the development of the European Union as a global trading power. It will be useful for scholars and students of the EU and trade policy, as well as government officials on both sides of the Atlantic."—John T. S. Keeler, University of Washington, author of The Politics of Neocorporatism in France