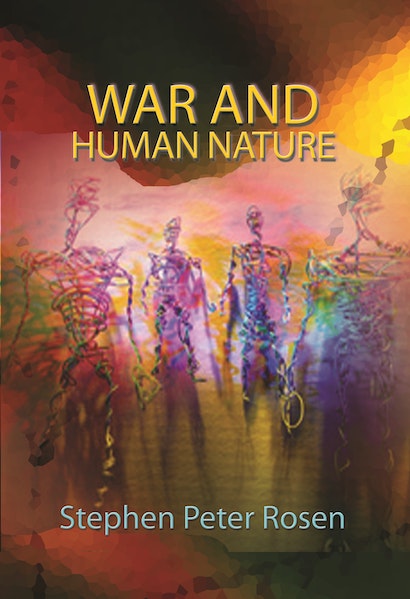 Why did President John F. Kennedy choose a strategy of confrontation during the Cuban missile crisis even though his secretary of defense stated that the presence of missiles in Cuba made no difference? Why did large numbers of Iraqi troops surrender during the Gulf War even though they had been ordered to fight and were capable of doing so? Why did Hitler declare war on the United States knowing full well the power of that country?

War and Human Nature argues that new findings about the way humans are shaped by their inherited biology may help provide answers to such questions. This seminal work by former Defense Department official Stephen Peter Rosen contends that human evolutionary history has affected the way we process the information we use to make decisions. The result is that human choices and calculations may be very different from those predicted by standard models of rational behavior.


This notion is particularly true in the area of war and peace, Rosen contends. Human emotional arousal affects how people learn the lessons of history. For example, stress and distress influence people’s views of the future, and testosterone levels play a role in human social conflict. This thought-provoking and timely work explores the mind that has emerged from the biological sciences over the last generation. In doing so, it helps shed new light on many persistent puzzles in the study of war.

"This is a lucid, beautifully-written, informative and provocative book. It presents the modern science of choice and decision persuasively."—Thomas Schelling, University of Maryland

"War and Human Nature holds the potential to open an entirely new area of insight into war. It will provide a new way of thinking about the collapse of armies, the choices and behaviors of tyrants, and the way in which differing elite selection mechanisms may wittingly or otherwise lead to individuals with differing cognitive profiles ending up in office. The use of the cognitive science literature is novel and provides insight into an area of research social scientists typically ignore."—Allan C. Stam, Dartmouth College