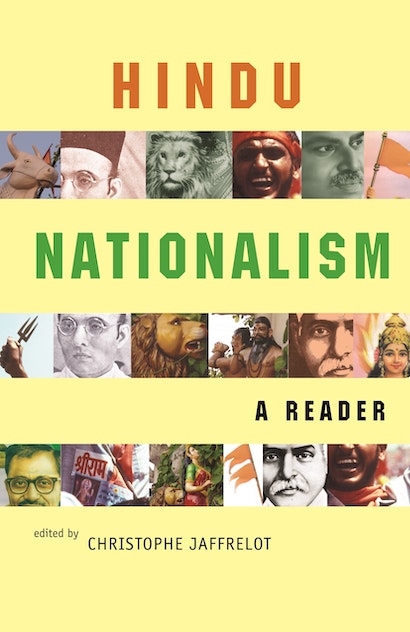 Hindu nationalism came to world attention in 1998, when the Hindu nationalist Bharatiya Janata Party (BJP) won national elections in India. Although the BJP was defeated nationally in 2004, it continues to govern large Indian states, and the movement it represents remains a major force in the world’s largest democracy. This book presents the thought of the founding fathers and key intellectual leaders of Hindu nationalism from the time of the British Raj, through the independence period, to the present. Spanning more than 130 years of Indian history and including the writings of both famous and unknown ideologues, this reader reveals how the “Hindutuva” movement approaches key issues of Indian politics. Covering such important topics as secularism, religious conversion, relations with Muslims, education, and Hindu identity in the growing diaspora, this reader will be indispensable for anyone wishing to understand contemporary Indian politics, society, culture, or history.

Christophe Jaffrelot is director of the Centre d' Etudes et de Recherches Internationales (CERI-Sciences Po/CNRS) in Paris. His books include India's Silent Revolution: The Rise of the Lower Castes in North India.

"No similar collection of primary materials exists, but now no other is necessary."—Brian K. Pennington, Religious Studies Review

"Jaffrelot has given us a valuable reference tool. It is possibly one for those who already have some sense of what the significance of Hindu nationalism has been rather than for the absolute beginner. Its strength lies in the clarity of the trajectory it depicts."—Shabum Tejani, Culture and Religion

"Hindu Nationalism: A Reader is an extraordinarily well-researched, well-thought-out, and useful anthology. The selection of reading material is terrific. There is nothing of comparable scope available yet."—Pratap Bhanu Mehta, author of The Burden of Democracy

"As the foremost expert on Hindu nationalism, Jaffrelot has employed his impressive knowledge to produce a comprehensive and well-organized volume that is likely to become the seminal sourcebook on the subject for many years to come."—Thomas Blom Hansen, author of The Saffron Wave: Democracy and Hindu Nationalism in Modern India